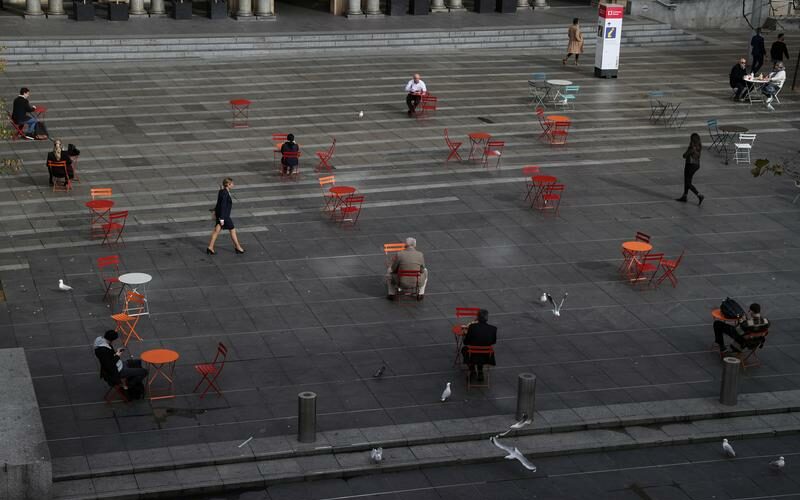 SYDNEY/WELLINGTON (Reuters) -Australian authorities trying to stamp out an outbreak in Sydney of the highly infectious Delta variant of COVID-19 said on Monday that the next two days would be “absolutely critical” in deciding whether to extend a stay-home order beyond July 9.

So far, at least 300 people have been infected since the first case was reported in the beachfront Bondi suburb of Australia’s largest city, on June 16.

The threat posed by the fast spreading Delta variant, in a country that has been slow to vaccinate, persuaded New South Wales state government to put Sydney, a city of five million people, under lockdown for two weeks.

But, on Monday it reported 35 locally acquired new cases, matching the worst daily figure for infections this year.

“We expect the case numbers of people in isolation to keep going up,” state Premier Gladys Berejiklian told reporters. “What we are really looking at are the number of people who have still been infectious in the community and what impact that will have in the next few days.”

Of Monday’s cases, 28 were in isolation throughout or for part of their infectious period. Seven cases spent time in the community while infectious.

“The next couple of days will be absolutely critical,” Berejiklian said.

While Sydney continued to struggle contain the Delta variant, first detected in India, the less hard-hit cities of Perth, Brisbane and Darwin came out of lockdowns over the weekend.

Berejiklian said the lockdown in NSW had limited new cases to tens rather than hundreds, although she said many people had breached health orders, helping the virus to spread.

Several players of an Australian rugby league team were fined A$1,000 ($750) by NSW police for breaching public health orders after throwing a party.

Lockdowns, contact tracing and compliance with social distancing rules have helped suppress past outbreaks in Australia, with just over 30,750 COVID-19 cases and 910 deaths since the pandemic began.

But with closed borders and limits on domestic movement a year-and-a-half into the pandemic, state leaders have become more critical of the slow vaccine rollout, with less than 10% of the 20 million adult population fully vaccinated.

The federal government has said it is expecting more imports of the Pfizer Inc vaccine, the main recommended medication for people under 60, and indicated it wants to focus on ways to reopen the economy without focusing on daily infection numbers.

“Our focus is on living with the virus and ensuring as many people are vaccinated as possible and that we can mitigate what are the real threats from the virus which are the hospitalisation, serious illness and ultimately, the fatalities that we have seen in large numbers around the rest of the world.”

In Queensland, authorities said nearly 140,000 people who have registered for Pfizer shots might have to wait until October or November due to supply shortages. Federal Health Minister Greg Hunt said he had promised Queensland 198,000 extra Pfizer shots this month.

Meanwhile authorities in neighbouring New Zealand said 150,000 Pfizer doses, its largest shipment to date, had arrived, just days before the country was set to run out of supplies.

New Zealand extended its pause in quarantine-free travel to and from New South Wales and Queensland, Prime Minister Jacinda Ardern said in a media conference on Monday, although New Zealand would reopen its “travel bubble” with people arriving from Western Australia state and Northern territory.

Like in Australia, about 9% of New Zealand’s 5 million population has been fully vaccinated, while over 1.1 million people have received at least one dose.