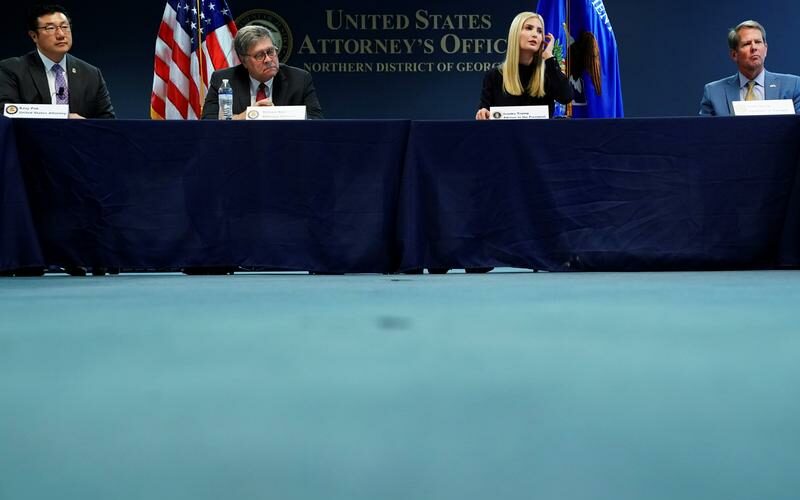 WASHINGTON (Reuters) – The Justice Department on Tuesday tapped a new top federal prosecutor to preside over the Atlanta office, a day after the Trump-appointed U.S. Attorney there abruptly resigned.

Bobby Christine, the U.S. Attorney for the Southern District of Georgia, who was also appointed by President Donald Trump, will temporarily replace his counterpart in the state’s Northern District, Byung J. “BJay” Pak, after Pak resigned on Monday.

Christine is taking over as U.S. Attorney for the region around Georgia’s largest city as the state votes on Tuesday in two runoff elections that will determine whether Republicans retain control of the U.S. Senate.

The timing of Pak’s resignation was not unusual, being one of many announced this week by Trump-appointed federal prosecutors ahead of the Jan. 20 inauguration of President-elect Joe Biden, including Zachary Terwilliger in the Eastern District of Virginia and Nick Hanna in Los Angeles.

But his move drew attention after Trump appeared to refer to him in a weekend phone call with Georgia’s Secretary of State in which the outgoing Republican president asked state officials to try to “find” enough votes to overturn the results of the Nov. 3 election he lost.

In a recording obtained by numerous media outlets, Trump appeared to complain about Pak without naming him, saying there was a “Never Trumper U.S. Attorney” down in Georgia.

Online political news outlet Talking Points Memo reported that Pak had intended to stay in his job until later in January, but resigned citing “unforeseen consequences.”

When a top federal prosecutor resigns, the job of Acting U.S. Attorney usually falls to the No. 2 prosecutor in the office, but not always.

In the final few months of former Attorney General William Barr’s tenure, he tapped a number of Justice Department insiders in Washington, D.C., to serve as Acting U.S. Attorneys in several districts, rather than appointing the No. 2 official.

A spokesman for the U.S. Attorney for the Northern District of Georgia declined to comment or answer further questions on the staff moves.