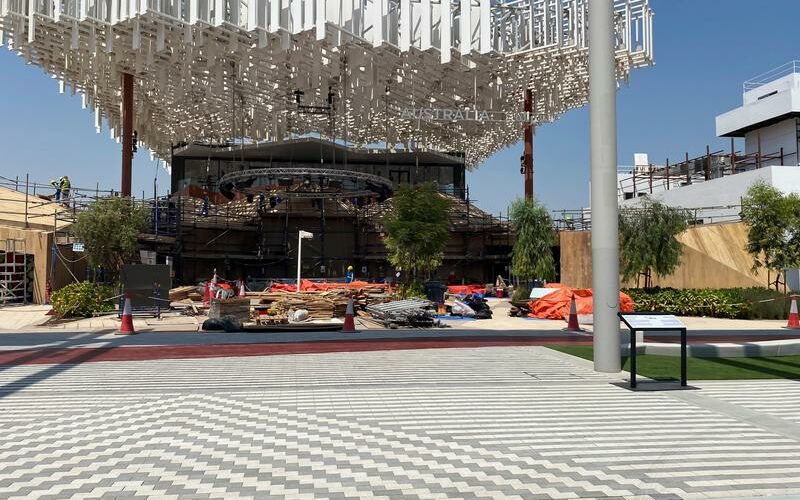 DUBAI (Reuters) – The first world fair to be held in the Middle East, Expo 2020 Dubai, opens its doors to exhibitors from almost 200 countries on Oct. 1 after being delayed for a year by the coronavirus pandemic.

Now, $6.8 billion later, the emirate more than ever needs the hoped-for economic boost from the global trade showcase, but will have to contend with continued COVID-19 restrictions, and probably reluctance to travel as well.

Before the pandemic, the consultancy EY forecast that the Expo would over the course of its six months contribute 1.5% of the UAE’s gross domestic product.

Dubai still officially expects 25 million visitors, more than Milan received and more than twice the population of the United Arab Emirates. All those over 18 will have to be vaccinated against coronavirus or test negative to enter.

But diplomats from five different countries said they had revised down their national pavilions’ visitor targets. James Swanston, an economist at Capital Economics, said the continuing obstacles to foreign travel meant the economic boost was likely to fall short of projections.

A spokesperson said the number of tickets sold was commercially sensitive, but that the Expo was “delighted” with sales so far.

Many events will be streamed live online.

Dubai says it wants the Expo, an exhibition of culture, technology and architecture under the banner ‘Connecting Minds and Creating the Future’, to be a demonstration of ingenuity, and a place where issues such as climate change, conflict and economic growth can be addressed together.

But its biggest role is still as a forum for trade.

“All major trading countries and powers plan to use Expo to refocus and to redefine their position in the world market,” said France’s Expo commissioner-general, Erik Linquier.

The event is not without critics, though.

The European Parliament last week here urged member states and companies to boycott the Expo in disapproval of the UAE’s human rights record, alleging “systematic persecution of human rights defenders, journalists, lawyers and teachers speaking up on political and human rights issues in the UAE” and pervasive “inhumane practices” inflicted on many of the migrant workers that the UAE relies on.

The UAE rejected the resolution here as “factually incorrect” and said that its laws enshrine fair treatment for all.