MEXICO CITY (Reuters) – Mexican national oil company Pemex will offer a new set of oilfield service contracts to interested firms, the finance minister said on Tuesday, as it embarks on the challenge of ramping up production by 17% to meet 2020 budget targets. 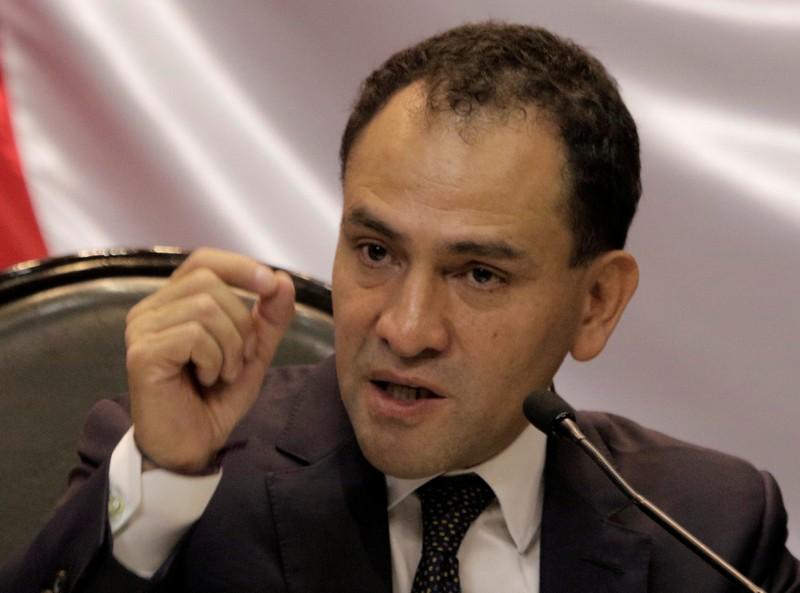 Pemex will open bidding between the end of this year and early next year for 15 so-called integrated exploration and extraction contracts (CSIEE), the same model of service contracts the firm is using to develop another 20 priority projects mostly clustered in the southern Gulf of Mexico.

Finance Minister Arturo Herrera touted the contracts as public-private partnerships in an interview with broadcaster Televisa.

But the contracts, which do not offer equity stakes in Pemex projects or a share of production or profits, were greeted with skepticism from industry experts.

“This looks to me like a step backwards,” said Pablo Medina, a Mexico City-based oil analyst with Welligence. He noted that the contracts pay a fixed fee per barrel produced under a base scenario that can rise if more oil is produced.

“The competition for capital in Latin America is intense and many countries are offering more attractive terms than before,” he said.

Mexico’s previous government lured a wide range of international oil majors by offering dozens of contracts sharing both risks and rewards, something the service contracts do not do.

President Andres Manuel Lopez Obrador’s 2020 budget blueprint, unveiled on Sunday, forecasts Mexican production, almost all from Pemex, of 1.95 million barrels per day of oil, up 17% from current levels. That target follows 14 straight years of slumping output thanks to a mixture of ageing fields and a lack of investment.

The government says it has already stemmed the decline and is now confident production will quickly rebound thanks to a strategy of investing in easier-to-reach shallow water and onshore fields rather than the longer-term deepwater projects.

“What makes us feel optimistic regarding production?” Herrera asked. “Pemex’s change in strategy wherein it is investing more in shallow waters and on land where it is easier to extract,” he said, referring to tax breaks and a federal government cash injection outlined in the budget.

The budget calls for a $26.8 billion Pemex budget overall, up about 9% compared with this year. Herrera stressed an additional $4.4 billion in support for the firm, including tax breaks and a capital injection of $2.35 billion.

However, credit rating agency Moody’s analyst Ariane Ortiz-Bollin said in a statement earlier this week that the budget proposal underestimates the amount of funding that Pemex may require going forward.

The nine-month-old Lopez Obrador administration has canceled auctions to pick joint ventures partners for Pemex that would give private companies a greater stake in projects, as well as separate oil auctions that allowed oil majors to operate exploration and production projects on their own.

Both were seen as a way to help reverse the slide in Pemex’s production by attracting significant outside investment from private partners.

A business plan published by Pemex earlier this year says the service contracts could extend up to 20 years, paying a fee set in U.S. dollars that can vary based on the complexity of the project and based on production achieved. In all cases, Pemex would not cede control of the operatorship of the projects.

The world’s most indebted oil company, Pemex is at risk of a second downgrade of its bonds to so-called junk status after Fitch did so in June, which would trigger forced selling of bonds worth billions of dollars.

Herrera said the government will “defend the credit rating” of Pemex, assuring the firm has money to invest and managing its debt profile so it is “more adequate.”