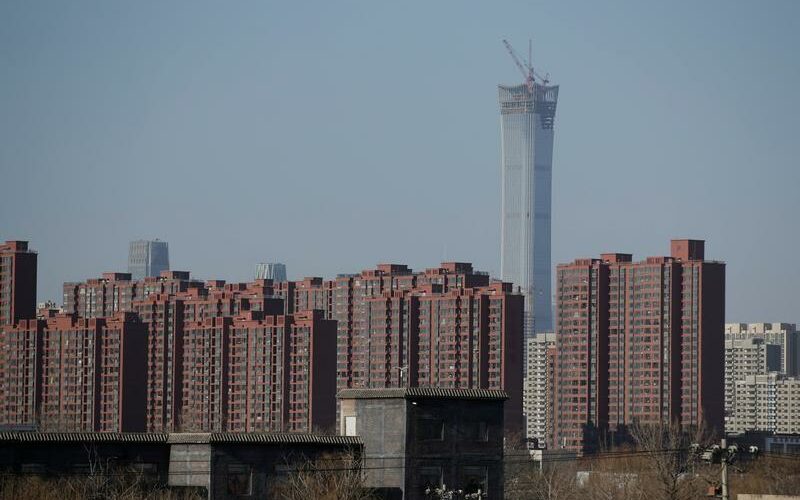 Average new home prices in 70 major cities increased 0.3% in January from a month earlier, the fastest growth since September, according to Reuters calculations based on data released by the National Bureau of Statistics. That compared with an uptick of 0.1% in December.

As China’s economy rebounds from the COVID-19 shock, authorities have stepped up curbs on the property sector to safeguard against financial risks as concerns grow of a speculative bubble in some parts of the market.

The NBS data showed 53 cities reported monthly growth, with the number rising from 42 in December.

The price uptick at the beginning of the year can be mainly attributed to the record volume of credit issued in January, said Zhang Dawei, an analyst with property agency Centaline.

“The flows of business loans, which enjoy a huge interest rate spread with the normal mortgages, into the property sector, have particularly fuelled the upward pressure in top-tier cities.”

China’s property market recovered quickly from the COVID-19 crisis last year, mostly in bigger cities. But the rebound has raised concerns about financial risks and policymakers have since then tightened screws on the funnelling of funds into the sector.

Last month saw major cities including Shanghai, Shenzhen and Beijing unveiling tighter regulations to close loopholes in home transactions and contain illegal flows of funds into the sector. These steps came on top of a slew of measures it took last year.

“We should stay alert to the resurgence of house price rises or market speculation, especially if the coronavirus epidemic is effectively controlled and the economy stages a solid rebound,” said Yan Yuejin, director of the Shanghai-based E-house China Research and Development Institution.