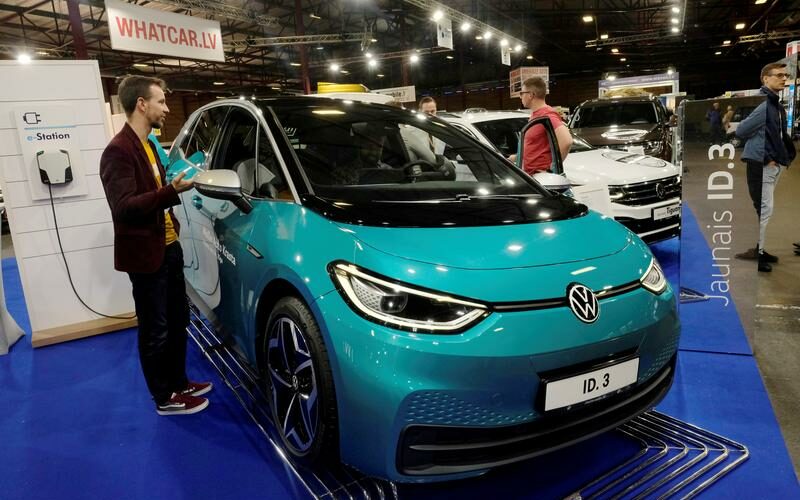 FRANKFURT (Reuters) – Volkswagen wants electric vehicles to make up the majority of European sales for its core brand by 2030, it said on Friday, the latest carmaker to accelerate the shift towards battery-powered models.

Fully electric vehicles are expected to account for more than 70% of its total European vehicle sales by 2030, compared with a previous target of 35%, the world’s second-largest carmaker said as it unveiled its ‘Accelerate’ strategy.

“With Accelerate we are increasing the speed on our path to a digital future,” said Ralf Brandstaetter, who heads the Volkswagen brand and also sits on the group’s management board.

“In the coming years, we will change Volkswagen as never before,” he added, saying that integrating data and software functions into cars would open up new sources of revenue.

Volkswagen said it had earmarked around 16 billion euros ($19 billion) for investment in the future trends of e-mobility, hybridization and digitalisation up to 2025.

The group had been a laggard on electrification until it admitted in 2015 to cheating on U.S. diesel emissions tests and had to deal with new Chinese quotas for electric vehicles.

This prompted a strategic shift to zero-emission and self-driving technology, and it now has one of the most ambitious programmes in the industry.

Automakers are also racing to develop electric vehicles to meet tighter CO2 emissions targets in Europe and this week Volvo joined a growing number of carmakers aiming for a fully-electric line-up by 2030.

Stellantis, the product of the merger between Fiat Chrysler and PSA, plans to have fully-electric or hybrid versions of all of its vehicles available in Europe by 2025.

In China and the United States, Volkswagen expects the share of fully electric vehicles it sells to rise to 50% by 2030, the brand said, aiming to head off rivals including Tesla to become the world’s leader in electric vehicle production.

“Of all the major manufacturers, Volkswagen has the best chance of winning the race. While competitors are still in the middle of the electric transformation, we are taking big steps toward digital transformation,” Brandstaetter said.