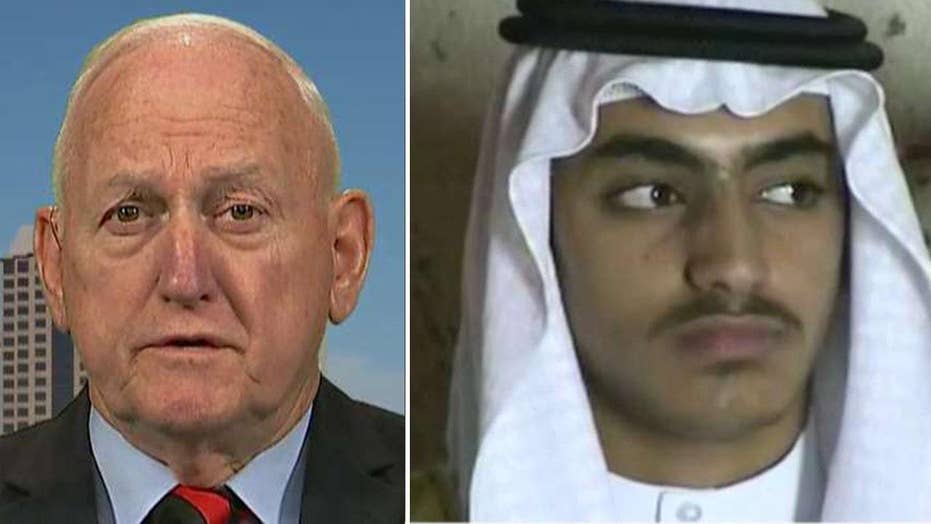 Retired Lt. Gen. Jerry Boykin said on Saturday that the death of Hamza Bin Laden, the son of terrorist leader Usama Bin Laden, was a "psychological" set back for Al Qaeda.

Boykin noted that Bin Laden's son was not the leader of Al Qaeda but rather acted as a "go-between" for Al Qaeda and other terror groups. "This probably happened over a year ago so it's not a lethal blow," he added.

In a statement released by the White House on Saturday morning, three days after the 18th anniversary of the September 11 terror attacks, President Trump confirmed Hamza, a high-ranking Al Qaeda member, "was killed in a United States counterterrorism operation in the Afghanistan/Pakistan region."

“The loss of Hamza bin Laden not only deprives Al Qaeda of important leadership skills and the symbolic connection to his father but undermines important operational activities of the group,” the statement continued. “Hamza bin Laden was responsible for planning and dealing with various terrorist groups.”

It was unclear when the operation took place. The White House statement gave no further details.

Reports of Hamza’s death first surfaced in July. President Trump and U.S. officials had refused to comment on the death until Saturday’s statement.

"But I knew when he went into that job that he was not going to stay because he has an irascible personality and that bumped up the same personality in Donald Trump," he said.