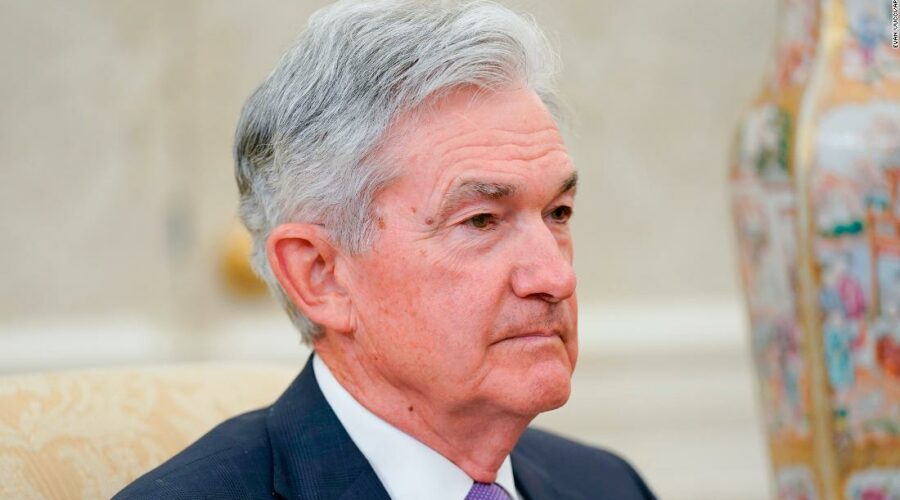 New York (CNN Business)Just one month ago, Federal Reserve chairman Jerome Powell said that the central bank was not “actively considering” raising interest rates by three-quarters of a percentage point to fight inflation. But after Friday’s consumer price index report showed inflation is rising faster than expected, Wall Street is worried that Powell may have to change his tune.

Stocks plunged Friday and were down sharply again Monday across the globe. The yield on the benchmark US 10-year Treasury bond rose to 3.27%, the highest level since November 2018.
Investors are nervous because the Fed could be heading into uncharted territory. A three-quarter point rate increase would certainly show that the Fed is really worried about inflation.

But a move of that magnitude, although not unprecedented, is exceedingly rare. The last time the Fed hiked rates by 75 basis points was in the Alan Greenspan era: November 1994.

To be sure, the market still has some doubts that the Fed will be that aggressive at this Wednesday’s meeting. According to fed funds futures listed on the CME, traders are pricing in a 60% chance that the central bank will raise rates by only a half point. But expectations for a three-quarters-of-a-point increase have gone up from just 3% a week ago to 40% now.

Economists at Barclays think the Fed will announce a three-quarter-point hike Wednesday “to reinforce credibility and get ahead of inflationary pressures. The broader game plan will likely be to raise rates as expeditiously as possible.”
Jefferies economists have also now joined the 75 basis point camp, saying in a report over the weekend that “inflation isn’t peaking, it isn’t even plateauing. It is still accelerating, and it will likely do so again in June.”

The Jefferies economists added that even though “the Fed hates surprising the market … the sharp increase in inflation expectations” is “an escape clause and gives Powell an out.” 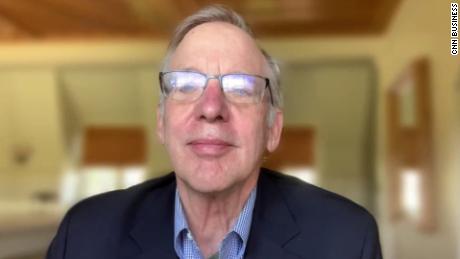 “In light of recent developments, no one will criticize the Fed for hiking [three quarters of a percent],” the Jefferies economists added.
So investors probably shouldn’t completely rule out the possibility of a three-quarter point hike as soon as Wednesday. And if it doesn’t happen then, one could be coming at the Fed’s next meeting in July.
In fact, the Fed funds futures on the CME are now pricing in a more than 50% chance of a three-quarter-point increase next month and a more than 25% chance the Fed will jack up rates by a full percentage point.

Would that be an extreme move? Of course, but investors seem to realize that when Powell (and other Fed members) say repeatedly that the Fed’s decisions are “data dependent,” they really mean what they say.
Well, guess what? The inflation data still stinks. That’s why even a full-point increase sometime soon can’t be completely ruled out.
Source: Read Full Article