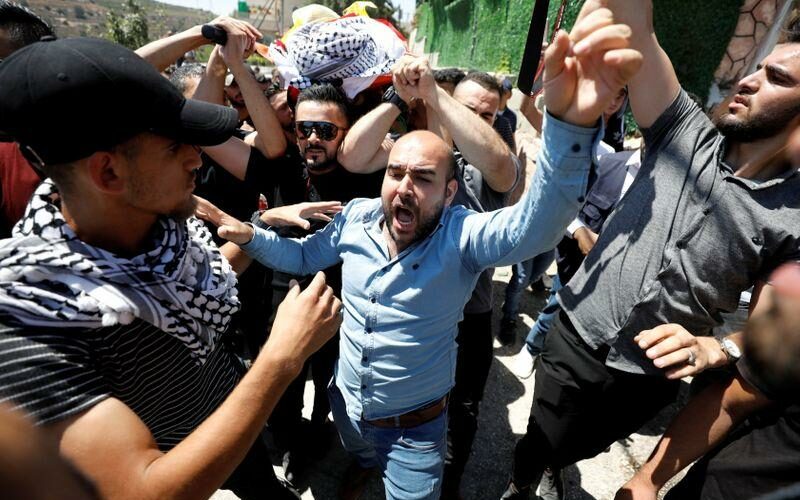 RAMALLAH, West Bank (Reuters) – Israeli troops killed a Palestinian man in clashes that erupted on Thursday during the funeral of a 12-year-old Palestinian boy shot dead by soldiers a day earlier, the Palestinian health ministry said.

Witnesses said hundreds of Palestinians hurled stones at Israeli forces during the burial near the town of Hebron in the occupied West Bank.

The Palestinian health ministry said Shawkat Awad, 20, was hit by the Israeli gunfire and died in hospital. They said another 12 protesters were wounded.

Palestinian officials said the 12-year-old, Mohammad Al Alami, was fatally shot in the chest by Israeli forces on Wednesday as he was riding in his car with his father.

According to the Israeli military, a soldier shot at the vehicle’s wheels after concluding it had been involved in suspicious activity earlier in the day. The military said the incident was being reviewed by senior officers.

The West Bank is among territories where Palestinians seek statehood. Violence has simmered there since U.S.-sponsored talks between the Palestinians and Israel broke down in 2014.