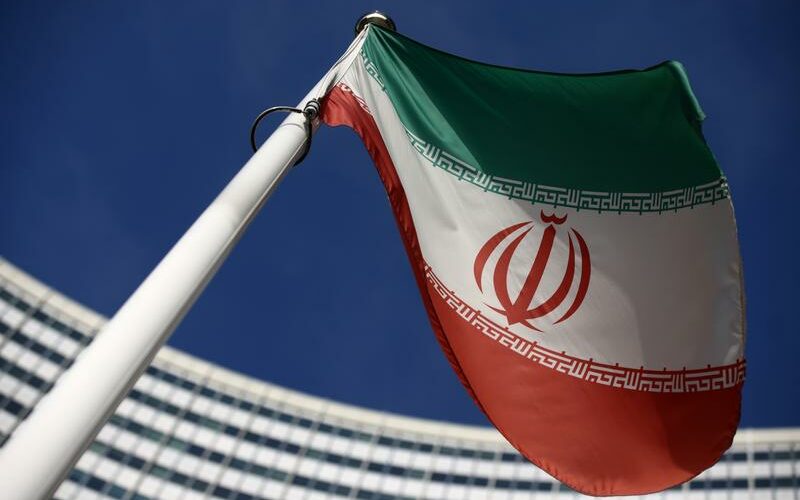 FILE PHOTO: The Iranian flag waves in front of the International Atomic Energy Agency (IAEA) headquarters, before the beginning of a board of governors meeting, amid the coronavirus disease (COVID-19) outbreak in Vienna, Austria, March 1, 2021. REUTERS/Lisi Niesner

(Reuters) – Iran’s government wants the United States to lift all sanctions on its country and rejects any “step-by-step” easing of the restrictions, Iranian state broadcaster Press TV reported on Saturday.

The two countries said on Friday they would hold indirect talks in Vienna from next week as part of broader negotiations to revive the 2015 nuclear deal between Tehran and global powers. The U.S. State Department said the focus would be on “the nuclear steps that Iran would need to take in order to return to compliance” with that agreement.

Iranian foreign ministry spokesman Saeed Khatibzadeh said on Saturday that Tehran was opposed to any gradual easing of sanctions.

“No step-by-step plan is being considered,” Khatibzadeh told Press TV. “The definitive policy of the Islamic Republic of Iran is the lifting of all U.S. sanctions.”

The aim of the talks in the Austrian capital is to reach an agreement within two months, according to a senior official with the European Union, the coordinator of the deal.

Former U.S. President Donald Trump pulled out of the nuclear pact in 2018 and reimposed sanctions on Iran, prompting Tehran to breach some of the accord’s nuclear restrictions.

Trump’s successor Joe Biden wants to revive the agreement but Washington and Tehran have been at odds over who should take the first step.

Iran, China, Russia, France, Germany and Britain – all parties to the 2015 deal – held virtual talks on Friday to discuss the possible return of the United States to the accord.