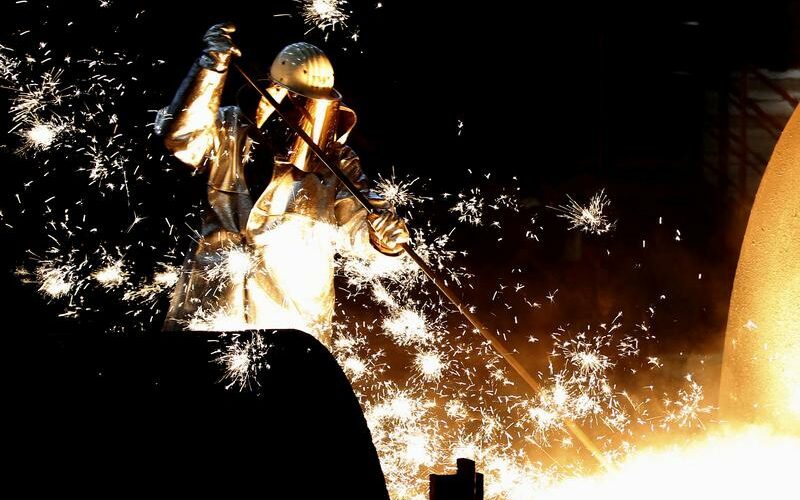 BERLIN (Reuters) – German industrial orders unexpectedly surged in July, official figures showed on Monday, hitting a post-reunification high and pointing to a solid start to the second half in the engine room of Europe’s largest economy.

The figures published by the Federal Statistics Office showed orders for goods ‘Made in Germany’ rose by 3.4% on the month in seasonally adjusted terms. A Reuters poll of analysts had pointed to a fall of 1.0% on the month.

A breakdown of the data showed that domestic orders fell 2.5% on the month and foreign orders rose by 8.0%.

Bastian Hepperle, economist at Bankhaus Lampe, said: “The development in Germany is disappointing: the order books are still well filled and the order backlog is high.”

“Due to a lack of materials and primary products, there are considerable difficulties in processing orders,” he added.

A survey showed last week that German manufacturers struggled to meet strong demand for industrial goods in August as supply shortages for raw materials and components such as semiconductors held back production and pushed up prices.

The German economy rebounded in the second quarter reut.rs/3mt1SDq with a growth rate of 1.6% compared to the previous three months as an easing of COVID-19 curbs spurred consumers to dip into record savings piled up during the winter lockdown.

The government expects the economy to grow 3.5% this year and 3.6% next, though supply bottlenecks and rising COVID-19 cases are leading companies to take a dimmer view. German business morale fell for the second month reut.rs/3B94nPh running in August.