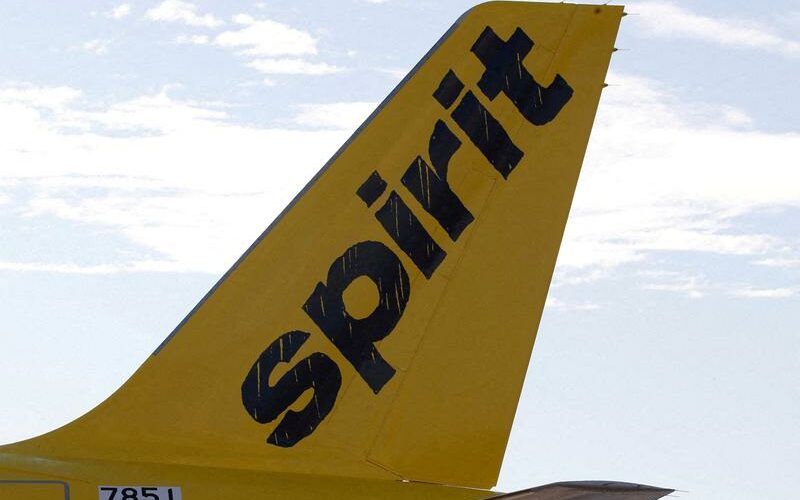 NEW YORK (Reuters) -Frontier Group Holdings Inc said on Thursday it has agreed to pay a break-up fee of $250 million in a bid to salvage its $2.9 billion acquisition of Spirit Airlines Inc that would create the fifth-largest U.S. airline.

The sweetening of the terms, first reported by Reuters, comes after proxy advisory firm Institutional Shareholder Services Inc (ISS) urged Spirit shareholders to vote against the deal with Frontier because Spirit failed to negotiate a break-up fee should U.S. antitrust regulators shoot down their deal.

“Given our conviction that regulators will find this combination to be pro-competitive, we have agreed to institute a reverse termination fee,” Frontier Chairman William Franke said.

JetBlue Airways Corp is trying to gatecrash the deal with a hostile $3.3 billion offer for Spirit that the latter has rejected, arguing regulators will not greenlight it unless JetBlue makes more concessions.

“The addition of a reverse termination fee (by Frontier) in the face of a likely defeat is simply an acknowledgement that the regulatory profiles and timelines of both deals are indeed similar,” JetBlue said in a statement on Thursday.

Spirit shareholders are scheduled to vote on the deal with Frontier on June 10. It is not clear how Frontier’s concession on the break-up fee will change the ISS recommendation.

Frontier’s cash-and-stock deal valued Spirit at $25.83 per share when it was announced on Feb. 7. JetBlue’s tender offer is for $30 per share in cash, and the company has said its previous rebuffed cash offer of $33 per share is still on the table if Spirit decides to enter negotiations.

U.S. airlines have been buoyed by the return of travel following the COVID-19 pandemic and have managed to keep ahead of soaring fuel and wage inflation by raising ticket prices. They may have to cut capacity, however, were the global economy to slip into recession as a result of central banks around the world raising interest rates to tame inflationary pressures.