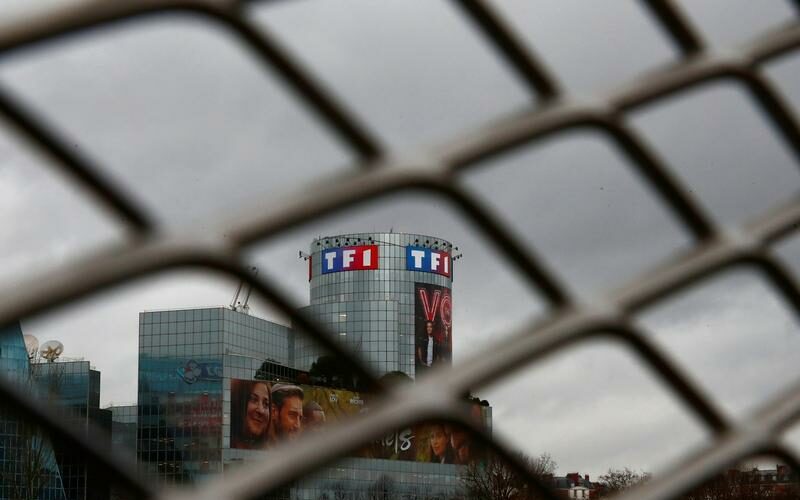 PARIS (Reuters) – France’s two biggest private broadcasters are closing ranks to fend off the meteoric rise of U.S. streaming platforms, hoping the desire for a national champion that can take on global video-on-demand giants will trump domestic antitrust concerns.

Announcing their merger on Monday, TF1 and M6 stressed their move was a response to the accelerating challenges from global platforms, saying the deal was critical to ensure the long-term independence of French content creation.

A combined TF1 and M6 would, however, hold sway over three-quarters of France’s TV advertising market, a threshold likely to trigger alarm bells at the country’s antitrust authority.

The new group would also have nine free-to-air TV channels, which means it would have to sell at least two to comply with French regulations outlawing any company owning more than seven.

A source close to the matter said the companies had made informal approaches to the regulator ahead of the announcement.

France’s antitrust regulator did not respond to requests for comment about the merger, though its head last month raised the possibility that the watchdog’s approach may need to take shifts in advertising markets into account.

The share of French TV in the overall ad in France, for example, has slumped 25% on average over the last two years, according to Kepler Cheuvreux, as viewers abandon traditional TV habits in favour of on-demand series, movies and shows.

The French move is part of a global trend. U.S. telecoms giant AT&T’s proposed this week to combine its media assets with Discovery to create a streaming rival able to challenge Netflix and Disney.

French conglomerate Bouygues, which owns TF1, would end up controlling the merged group with a 30% stake while M6’s parent, German media group Bertelsmann, would be the second biggest shareholder with 16%.

“From a strategic perspective, the obvious aim is to create a French national champion with scale to compete with the global streaming giants,” said Ian Whittaker, an independent analyst.

“Scale-wise, the new entity will still be a minnow compared with the other groups but will have significant scale,” he said.

The idea that French antitrust regulations might be outdated when it comes to TV and advertising – and the sale of M6 in particular – has become a subject of debate within the watchdog.

Its head, Isabelle de Silva, told French senators last month that she would take into account recent changes in online advertising businesses – if M6 were to be sold.

“Should these lead to changes in the competition authority’s analytical framework and market delimitations? This is one of the subjects that will be the focus of our attention,” she said.

De Silva also said some of France’s stringent concentration laws within the broadcasting sector should be reviewed to give companies that aren’t necessarily present in the entertainment business more leeway on investment.

“We think that the whole system should be reviewed to give players more space to choose their development model,” she said.