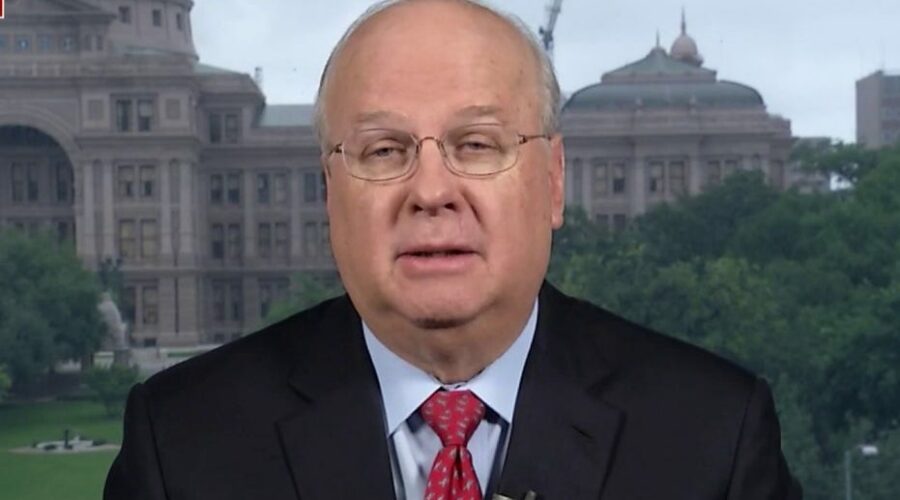 Most American voters side with Israel in the Mideast conflict, and over half favor the United States helping with money and weapons, according to the latest Fox News survey.

By a 56-38 percent margin, voters approve of providing the Israeli government with financial aid for its military, and are almost as supportive on selling weapons to Israel (51 percent favor, 44 percent oppose). 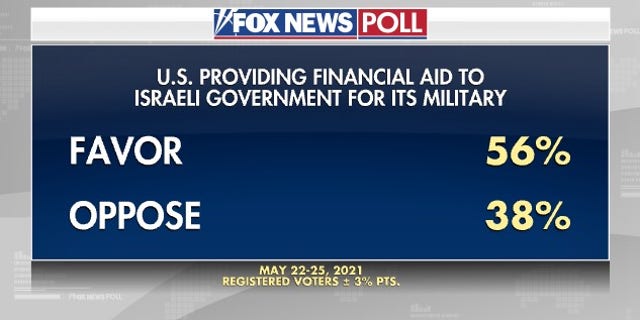 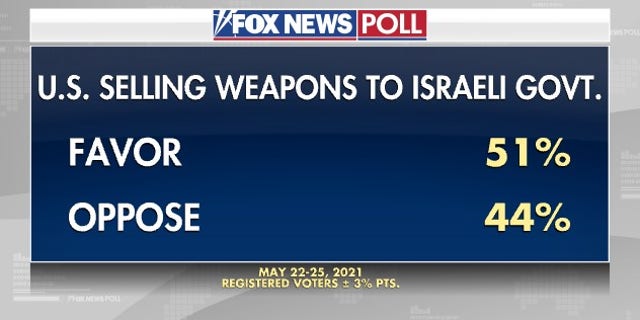 In general, 59 percent of voters say they side more with the Israelis, while 24 percent sympathize with the Palestinians. 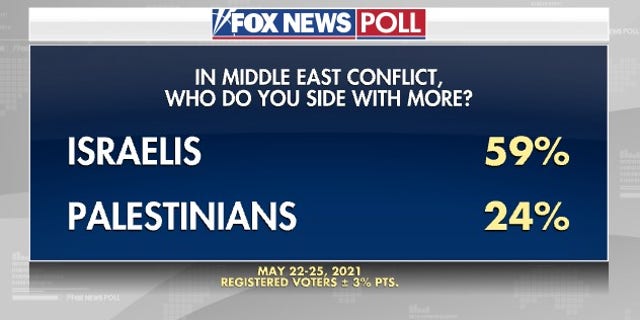 Republicans are also much more inclined than Democrats to favor both giving financial aid to Israel (71 percent vs. 47 percent respectively) and selling it weapons (67 percent vs. 42 percent).

A ceasefire between Israel and Hamas has held since May 21.

Two-thirds of voters (66 percent) report closely following the Mideast conflict, including 25 percent who are following news about it “very” closely.  Democrats and Republicans (70 percent each) are equally likely to be monitoring it closely, while independents are less so (49 percent). 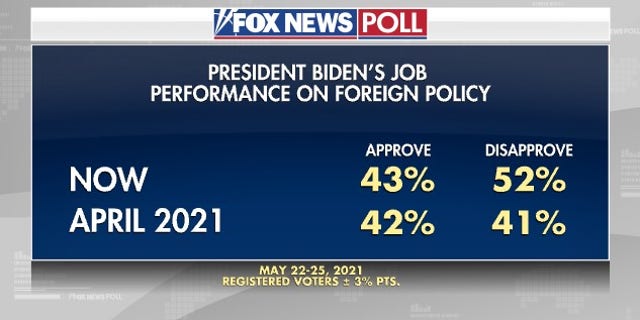 Conducted May 22-25, 2021 under the joint direction of Beacon Research (D) and Shaw & Company (R), this Fox News Poll includes interviews with 1,003 randomly chosen registered voters nationwide who spoke with live interviewers on both landlines and cellphones.  The total sample has a margin of sampling error of plus or minus three percentage points.