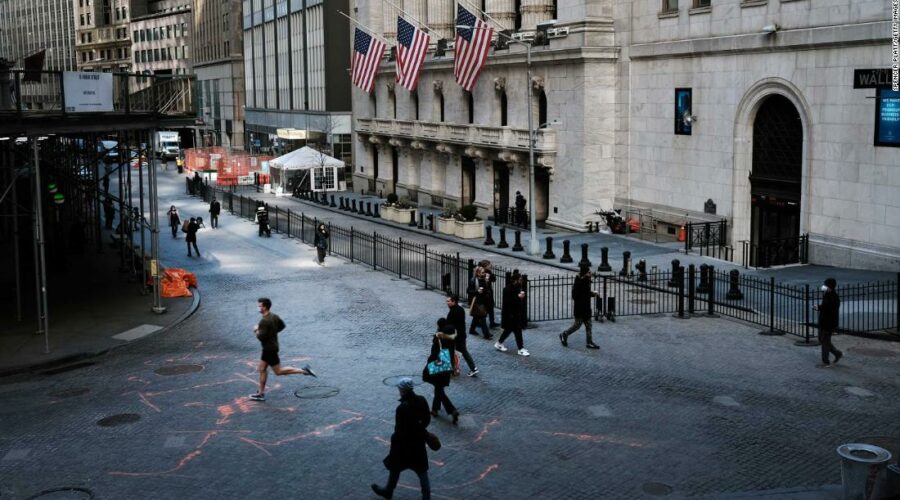 London (CNN Business)The vast majority of companies in the S&P 500 have reported results from the last three months of 2020, and Wall Street is calling it: The earnings recession has come to an end.

What’s happening: By the end of last week, 96% of companies in the benchmark index had posted results, according to FactSet. Per analyst John Butters’ latest estimate, S&P 500 earnings grew 3.9% last quarter. That would mark the first year-on-year increase since the end of 2019.
In a note to clients Wednesday, Nick Raich, CEO of The Earnings Scout, put it bluntly: “The earnings recession is over!”

The backstory: The US economy grew at an annualized rate of 4.1% in the fourth quarter despite rising infection rates. That’s a sharp deceleration from the explosion of growth in the third quarter, but was still relatively strong given the tough virus environment.
At the beginning of December — amid chatter about a potential double-dip recession — Wall Street expected fourth quarter earnings to drop by 11%, Raich noted.

But a booming housing market and healthy levels of business investment helped improve the picture.
See here: Lowe’s (LOW) recently reported sales growth of 28% last quarter, beating estimates, as more Americans took on home improvement projects. Home Depot (HD) saw sales jump 25% compared to the previous year. (Both companies’ fourth quarters run from November through January.)
Some firms that have done well during the height of the pandemic could see demand fall off later this year should life return to normal. But on the whole, companies are optimistic about the future.
“Outlooks for 2021 were positive enough to drive a sizable increase in estimates,” said LPL Financial strategist Jeffrey Buchbinder. That “may be a sign of better earnings ahead.”
According to FactSet, analysts are projecting double-digit earnings growth for all four quarters of 2021.
Big picture: Faith in the corporate earnings recovery is one of the main reasons the Wall Street thinks stocks can keep performing strongly, even as a rise in government bond yields puts pressure on riskier assets.
“We’re now [two] full quarters into a period of strong upside earnings surprises,” Nicholas Colas, cofounder of DataTrek Research, told clients this week. “The bet now is that momentum will continue.”
There are a few factors that could work in companies’ favor. Another hefty stimulus package is expected in the United States later this month, while a weaker dollar will help multinational firms, boosting the value of international sales and profits.
But Buchbinder points to two possible problems.
“First, earnings tend to fall short of the consensus estimate in most years, though this year may be different given the unique circumstances,” he said. “Second, Covid-19 still carries risks. We’d like to see further progress toward ending the pandemic first, but we see upside if all goes according to plan.”

OPEC and allies have a big decision on their hands

A plunge in crude prices last spring forced oil producers to announce unprecedented cuts to output. Now, oil prices are booming again — putting OPEC and allies like Russia in a tough spot as they weigh their next steps. 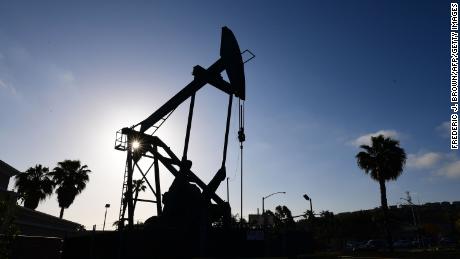 Investor insight: US oil prices are back above $60 per barrel after crashing below $0 for the first time last April. Brent crude futures, the international benchmark, were last trading at $64.06 per barrel.
The rebound is spurred by hopes that the pandemic will soon be brought under control, causing a spike in fuel demand as people resume commutes and start flying again. Meanwhile, production remains limited, capping supply.
OPEC and its allies, known as OPEC+, are scheduled to meet Thursday to debate whether it’s time to start pumping more barrels. With prices rising, there’s incentive for them to do so.
But acting too quickly could cause prices to flag again, especially if the virus outlook worsens. Plenty of concerns remain about the speed of vaccination campaigns and the ability to control new Covid-19 variants.
Some analysts think that given this delicate dynamic, producers will hold off on increasing output for the time being.
“Optimism is growing that the group of oil producers could roll over output cuts at today’s meeting rather than easing back on production cuts as was initially expected,” Oanda market analyst Sophie Griffiths said in a research note Thursday.
But Bjornar Tonhaugen, head of oil markets at Rystad Energy, believes “all options are on the table” as OPEC+ tries to reach an agreement.

Want to invest in the stocks generating buzz on Reddit, Twitter and TikTok?
You could spend hours trawling these platforms. But one Wall Street investment firm wants to make it even easier.
The latest: VanEck, a money manager that runs exchange-traded funds tied to big themes such as casinos and sports betting, is rolling out the VanEck Vectors Social Sentiment ETF on Thursday, my CNN Business colleague Paul R. La Monica reports.
The ETF is based on an index created by a Canadian investment company called Buzz Indexes, which uses artificial intelligence technology to screen for 75 large-cap US stocks with positive investor sentiment.
There’s a catch: The company adds and removes stocks in the index at the end of each quarter, but any investments must have a market value of at least $5 billion.
That means GameStop (GME) isn’t included — at least not yet. At the end of December, GameStop was worth just $1.3 billion. But it could be eligible now that the retailer’s valuation is north of $8.6 billion.
Bigger than GameStop: VanEck says it’s not just hopping on a fad. The fund will base most of its investment decisions not on Reddit’s infamous WallStreetBets community, but more mainstream chatter about blue-chip stocks from users on Twitter and the investing site StockTwits.
“The timing of the fund’s launch was coincidental with the rise of the individual investor,” said Edward Lopez, head of ETF product for VanEck. “But it has highlighted a trend that has been growing for a number of years.” 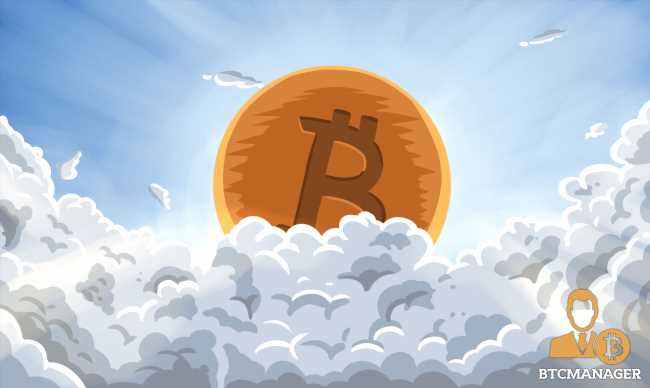