Signing bonuses are usually reserved for professional athletes and a privileged few white-collar professionals. Not this summer.

As U.S. employers’ search for hires increases in urgency—especially in the manufacturing, logistics, healthcare and food-service industries—truck drivers, hotel cleaners and warehouse workers are being offered signing bonuses of hundreds and even thousands of dollars.

Hiring bonus offers start at $500 and quickly rise from there. Job postings across sectors show that a $1,000 hiring bonus is quickly becoming table stakes in recruiting hourly workers who make between $16.50 and $25 an hour. The $1,000 hiring bonus is advertised on jobs listed for apartment-complex groundskeepers in Texas, movers in Florida, cabinet makers in Georgia, housekeepers in Wisconsin, pool cleaners in New Mexico and welders in Ohio, among others.

"This is without a doubt the biggest change I’ve ever seen in mentions of a particular work perk," Ms. Pollak said.

Pilgrim’s Pride Corp., one of the largest poultry processors in the U.S., is advertising a $1,500 signing bonus for a production job that pays between $13.55 to $18.85 an hour in Gainesville, Ga. Thirty miles south in Bethlehem, Harrison Poultry Inc. is advertising similar jobs that pay up to $20 an hour and come with a series of $500 bonuses throughout the first year of employment, totaling $2,500. The companies didn’t comment on the job listings.

A Burger King in Latrobe, Pa., put up a banner across its storefront advertising a $1,500 hiring bonus for new employees and other signs advertising jobs open to 15-year-olds. Restaurant Brands International Inc., which owns the Burger King brand, didn’t respond to requests for comment. An employee at the store said the hiring bonus was for salaried manager positions but declined to give more details.

A pest-control service specialist job in Charlotte, N.C., comes with a $1,200 bonus. A diesel mechanic job in Gulfport, Miss., advertises a $1,500 bonus. A forklift operator job in Gainesville, Ga., with Kubota Manufacturing of America pays a $2,000 bonus.

The bonuses are used partly to get workers in the door and partly to keep them there.

Phil Sutton, a vice president with Kubota, says the $2,000 hiring bonus—plus $1,000 referral bonuses for staffers who recommend hires—have been the rival against federal unemployment benefits that have kept many workers on the sidelines through the spring. New workers get 25% of the signing bonus after their first 30 days, another 25% after 60 days and the rest after 90 as a way to keep them on, he adds.

"It gives us a leg up," he says. "It’s been a great success in terms of recruiting."

Mr. Sutton says several other companies near him have launched $1,000 bonuses, and radio commercials advertising Amazon.com Inc. warehouses in the area pay hiring bonuses of $1,000.

Amazon announced in May that it would hire 75,000 more U.S. workers, offering the $1,000 perk. Amazon signing bonuses are up to $3,000 for warehouse workers in certain locations, including Nashville, Tenn., and Greenwood Lake, N.Y., according to job postings. New employees also get an extra $100 on their first day when they show proof of Covid-19 vaccinations.

Amazon said signing bonuses were standard recruiting practice for the online retail giant and that the amount depends on local market demand.

Cash signing bonuses are attractive to employers because they are a one-time cost and don’t require raising wages for the long term or paying out greater benefits indefinitely, such as more paid vacation time, said Brad Hershbein, senior economist at the W.E. Upjohn Institute for Employment Research. The bonuses appeal to potential employees, especially new college graduates and lower-wage workers, who may need the cash up front for expenses such as rent payments, he added.

"Businesses are jockeying for workers," Mr. Hershbein said. "They are basically gambling they can hire workers for a one-time payment. They are going to try that first, and if it’s not enough, then they will have to do persistent wage increases."

Jobs in trucking and delivery driving, dental offices and nursing mentioned signing bonuses the most in their listings on Indeed.com, according to the job-search platform. In June, nursing jobs offered hiring incentives ranging from $100 to $30,000. In food preparation and service roles, signing bonuses ranged from $100 to $2,500.

Foodservice distributor US Foods Holding Corp. posted a night warehouse role for the 5 p.m. to 3 a.m. shift in Coralville, Iowa, that pays between $18 and $23 an hour, with a $5,000 signing bonus, and medical, dental, vision and life insurance and a 401(k) starting on the first day of employment. US Foods declined to comment on the posting. 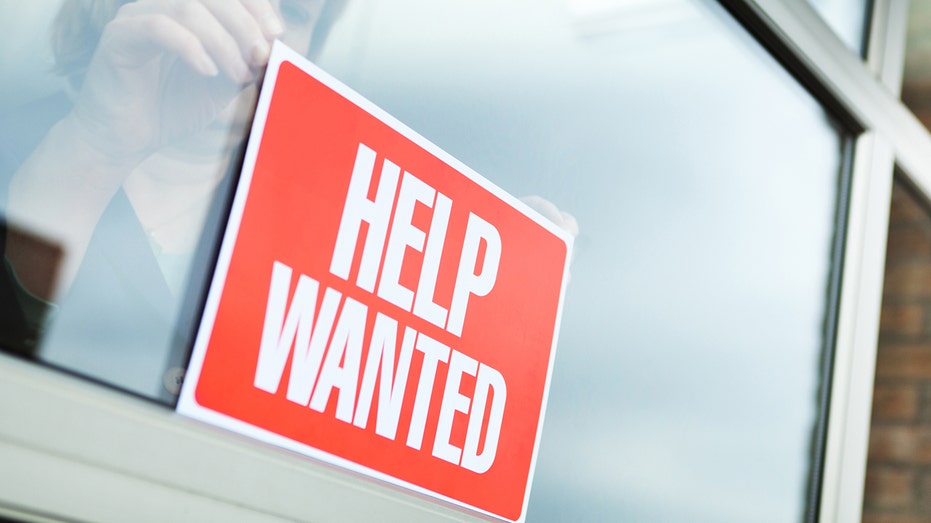 PRIVATE PAYROLLS RISE BY 692,000 IN JUNE, DOWN FROM PRIOR MONTH

Earlier this week, new jobs seeking truck drivers for Dollar General Corp. deliveries were posted online by trucking company C.R. England Inc. The roles in Des Moines, Iowa, and Phoenix can pay between $66,000 and $98,000 a year and come with a $10,000 signing bonus. C.R. England declined to comment on its job postings.

"Employers are looking at how they can sweeten the deal for workers and stand out," said AnnElizabeth Konkel, an economist at Indeed. The share of job seeker searches on the site for the word "bonus" has steadily climbed since mid-spring, she added. "It’s really not isolated to one sector or one area, even in a specific sector."

In Orlando, Fla., Fernando Hernandez, 28, had been unemployed since last summer after the car dealership he was working for closed. While applying for jobs last month, he found a position at Cuba Libre Restaurant & Rum Bar with a $1,000 signing bonus and another $1,000 referral bonus, if the new hire brought on other workers.

Because of the extra incentives, Mr. Hernandez took a job as a bartender at Cuba Libre earlier last month, picking that offer over some others in town. He said he has already referred friends for employment and earned an additional $2,000, which will be spread out through multiple paychecks, and he says he plans to find more co-workers.

"It most definitely caught my eye," Mr. Hernandez said. "I think it’s a great strategy. They’ve been able to get more employees than other places quicker. Who doesn’t want a $1,000 sign-on bonus?"

Ten states have started to offer bonus payments to get workers off unemployment, including Arizona, Colorado, Connecticut, Kentucky and Michigan, among others, according to the U.S. Chamber of Commerce. A recent poll conducted by the Chamber found more than half of workers ages 24-34 say hiring bonuses could attract them back to the job market.

In Durant, Okla., the Choctaw Casino & Resort is offering $1,000 signing bonuses for new positions including custodians, cooks and bartenders. It has also offered $1,000 retention bonuses and other perks for current employees to stay on. The bonus offers helped the casino hire hundreds of people in less than 90 days, said Rob Dromgoole, senior director of recruiting for the Choctaw Nation of Oklahoma.

Eligible employees get a $250 prepaid gift card after one week of employment, another $250 card after two weeks and a $500 direct deposit in their paycheck after 90 days.

Even with the bonuses, some jobs, like line cooks, remain tough to fill, Mr. Dromgoole said. "We are fighting every restaurant in town. The entire region is fighting for talent."

Click here to read more of the Wall Street Journal.