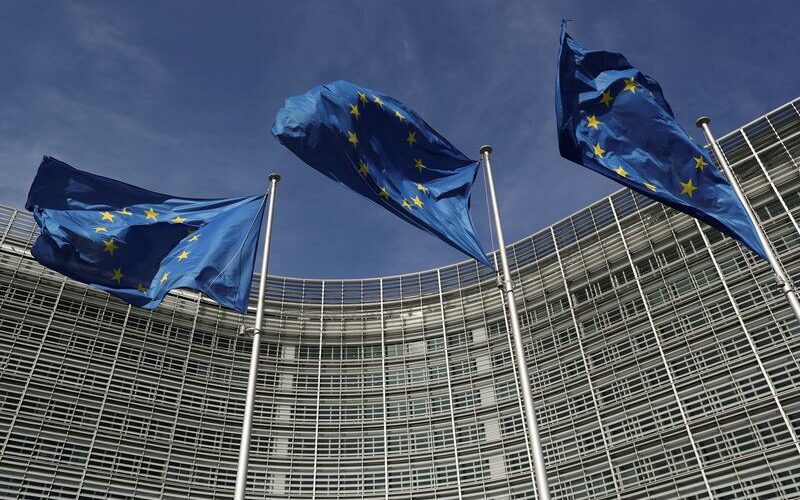 (Reuters) – The first bond sale to finance the European Union’s coronavirus recovery fund is expected “imminently”, the European Commission said in an investor meeting on Tuesday.

The EU last week sent a request to 11 of its primary dealer banks inviting them to submit proposals for the transaction and the deal is expected in the “coming days”, Niall Bohann, a director of the European Commission’s budget directorate, said at the meeting.

The EU will sell up to 800 billion euros of bonds under the programme to finance grants and loans to member states, building on around 90 billion euros of issuance backing the SURE unemployment scheme, a different support programme, since last October.

Some 80 billion euros of issuance is expected in 2021.

The EU will establish its green bond framework by September to underpin its issuance in that format, Christian Engelen, another funding official, said.

Up to 30% of the recovery fund debt will be issued through green bonds, which finance environmentally beneficial expenditures, in a major boost to the fast-growing market.

Following the debut deal, the EU will by the end of July sell another two bonds via syndication, where a borrower hires investment banks to sell the debt directly to end investors, it said in a funding programme last week.

It will then establish a bills programme for short-dated borrowing and start selling debt via auctions in September, where dealers purchase the debt and sell it onto investors, the more common way governments raise debt.