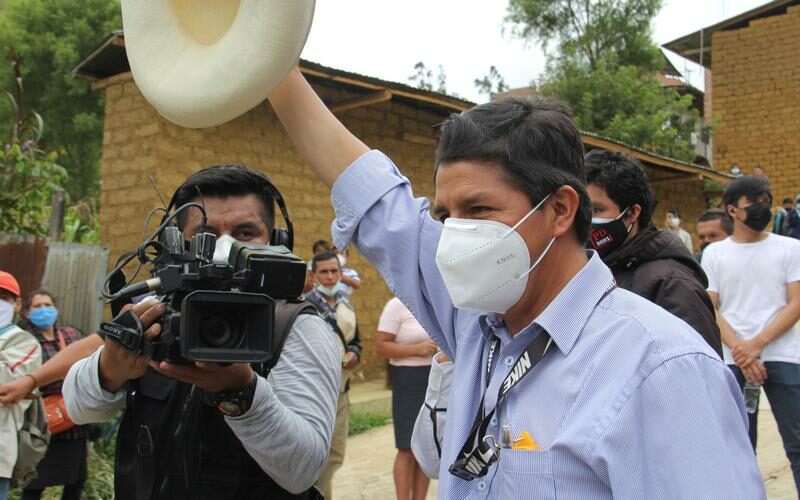 In fourth place is social conservative Yonhy Lescano, with 11% of the vote, followed by ultra-conservative Rafael Lopez Aliaga with 10.5% and leftist Veronika Mendoza with 8.8%, according to the exit poll.

The official results are expected to start coming in at 11:30 p.m. (0430 GMT Monday). The top two candidates will advance to a second round in June.

Fujimori, daughter of jailed former President Alberto Fujimori, tweeted that she expected to take part in the next contest. “I have great faith that in the next few hours our inclusion in the second round will be confirmed,” she wrote.

The poll of 30,000 voters leaving polling stations in 150 provinces had a 3-point margin of error.

Eighteen candidates are running for the presidency in a tight race that has led to jitters among market watchers of the world’s second-largest copper producer and seen the sol currency trade at historically low levels against the dollar.

There were celebrations following the early result indicator in Castillo’s home city of Cajamarca, in Peru’s northern highlands.

“I am grateful to the Peruvian people for this result,” Castillo told supporters, “and I ask for calm until the final results.”

Castillo, 51, a primary-school teacher and union leader, put on a late surge in the polls, proposing answers for many of Peru’s poorest people, particularly in the country’s largely rural interior.

He has promised to redraft Peru’s 27-year-old constitution, one of the key demands of young protesters who launched anti-government demonstrations late last year, with a view to weakening the business elite and giving the state a more dominant role in sectors such as mining, oil, hydropower, gas and communications.

Peruvians also voted for lawmakers who make up the country’s 130-seat congress. Exit poll results for that contest released by Ipsos Peru suggested that as predicted, congress will continue to be fragmented, with 11 parties meeting the 5% threshhold for representation but no party holding a clear majority, a potential hurdle for effective policymaking.

The Popular Action party of candidate Lescano and Castillo’s Free Peru party each obtained 10.7% of the votes, the Ipsos poll of voters suggested.

They were followed by the Popular Force party of Fujimori with 9.5%, the Popular Renovation party of Lopez Aliaga with 8.8%, the Country Forward party of de Soto with 8.4%, the Alliance for Progress party of businessman Cesar Acuña with 7.9% and Mendoza’s Together for Peru party with 7.7%, according to the exit poll result.

Peru is engulfed in a second wave of the coronavirus pandemic, on Saturday reporting 384 COVID-19 deaths in a grim new daily record for the country.