(Reuters) – French food and drinks multinational Danone (DANO.PA) is the latest company shaking up the world’s $19 billion bottled water industry by switching some of its plastic bottles, which pollute oceans, to aluminum cans. 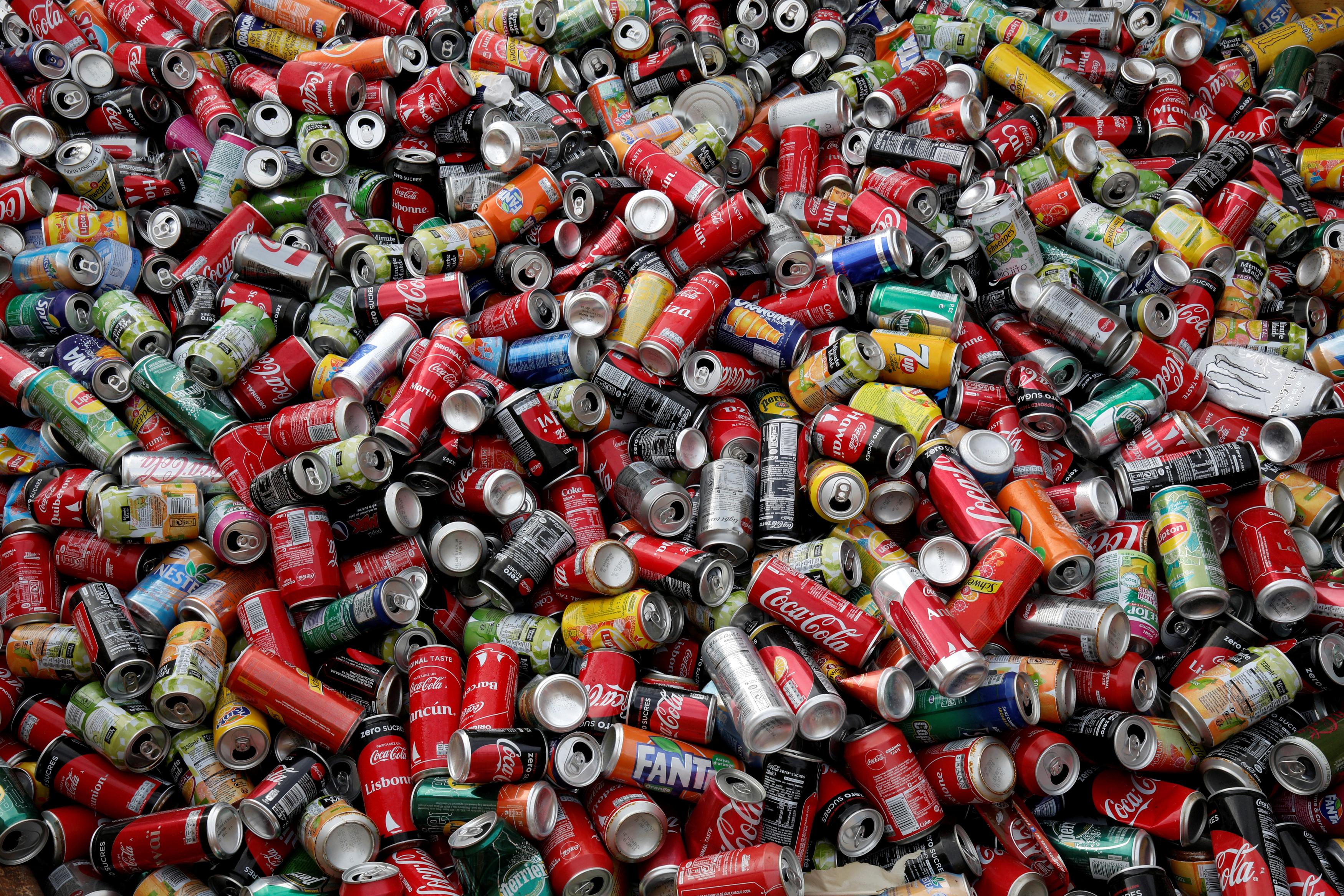 Below are details of how aluminum and other materials rate in terms of sustainability, plus plans by the bottled water sector to substitute the lightweight metal for plastic.

Globally, only 14% of plastic packaging is collected for recycling and only 5% of the material value is retained for later use, according to a report here by the Ellen MacArthur Foundation.

PET (polyethylene terephthalate) bottles used in the water industry have a higher collection rate at 55%, but much of that material does not return as bottles – 80% of recycled PET bottles are turned into items such as carpets and clothing, eventually ending up in landfills.

Aluminum cans have a higher global recycling rate at 69%, according to Resource Recycling Systems, while aluminum cans in the United States contain 68% recycled content compared to 3% for plastic bottles, according to the U.S. Environmental Protection Agency (EPA).

Aluminum, however, is very energy-intensive to produce and has a higher carbon footprint, responsible for 11.09 tonnes of CO2 emissions per ton of cans while plastic bottles account for only 2.2 tonnes of greenhouse gases, according to a 2016 study by the EPA.

Coke, which has pledged to make all of its packaging recyclable by 2025, announced in August plans to launch aluminum cans and resealable aluminum bottles for its U.S. Dasani water brand.

Pepsi (PEP.O) said in June its Aquafina water brand would offer aluminum cans in food service outlets and launch a test in shops while its “bubly” flavored sparkling water would no longer use any plastic packaging.

Pepsi, which also said LIFEWTR would use plastic bottles with 100% recycled content, has said it will use an average of 25% recycled plastic in all its bottles by 2025.

The world’s second-biggest bottled water company by volume told Reuters it was also starting to introduce aluminum cans on a limited scale in Britain, Poland and Denmark.

Nestle (NESN.S), which sells Vittel, Perrier and S.Pellegrino, has expanded the use of returnable containers, water dispensers and products made with recycled plastic, including Valvert water in Belgium with 100% recycled material.

A clutch of new water brands in cans have popped up, using aluminum as a green selling point. Mananalu was launched by actor Jason Momoa, who played Aquaman, and Liquid Death was released to appeal to “straight-edge punks”.

Ever and Ever says the brand is “a love letter to aluminum”, while British start-up CanO Water was founded by three friends in their 20s after seeing plastic waste on a Thai beach.

In addition to the shift from plastic, cans have also been bolstered by moves from glass bottles. Craft beer firms like the ability to put bold graphics on cans and they also save on transport costs since trucks can carry about twice as many lightweight cans than glass bottles.

17/10/2019 Markets Comments Off on Factbox: Aluminum cans get boost from anger over plastic pollution
World News