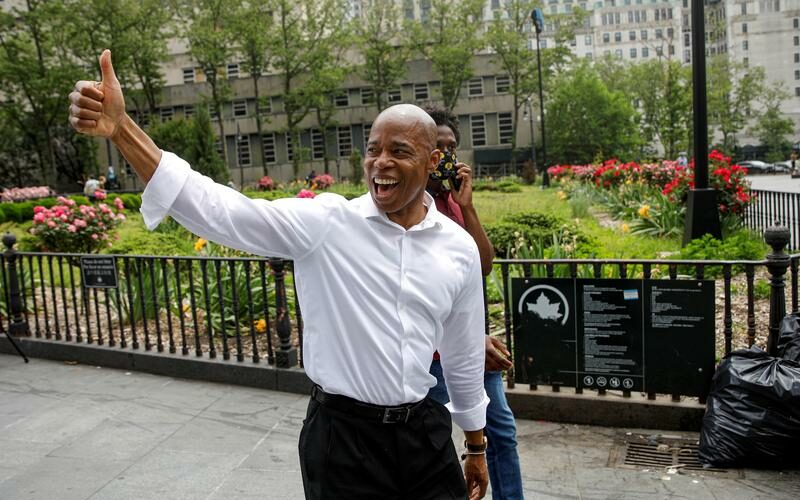 (Reuters) – When New York City voters go to the polls on June 22 to select their party’s mayoral nominee, they will fill out a new kind of ballot that allows them to pick up to five candidates in order of preference in a system known as ranked-choice voting.

What is ranked-choice voting (RCV)?

Most U.S. elections are “winner-take-all”: the candidate with the most votes wins even if he or she falls short of 50%. Under RCV, voters can rank multiple contenders instead of choosing just one.

Dozens of cities, including San Francisco, Minneapolis and Salt Lake City, use RCV for local elections. Maine began using it statewide in 2018, and Alaska will implement it for all state and federal general elections starting next year, including the 2024 presidential race.

Countries such as Australia, New Zealand and Ireland use a form of RCV. Members of the Academy of Motion Picture Arts and Sciences have for more than a decade voted for the Best Picture Oscar using this preferential system.

How will the system work in New York?

RCV was approved in New York by voter referendum in 2019 and first used in special city council elections earlier this year.

In New York’s mayoral election, voters can list up to five names. That will allow more flexibility in particular for Democratic voters, who are choosing from a crowded field of more than a dozen candidates.

Ballots are tabulated in what may best be described as a series of instant runoffs. In the first round, if any candidate receives 50% or the vote, he or she is declared the winner, and the election is over.

RCV will be used in the primary elections for mayor, comptroller, public advocate, borough president and city council. Judicial contests and the race for Manhattan district attorney will use the traditional winner-take-all system.

Though some preliminary results may be available on the night of June 22, the mayoral nominees likely won’t be known for weeks. Absentee ballots, which are expected to be widely used, can legally arrive up to a week after Election Day, and voters are allowed to “cure” any errors until July 9, which could delay the tabulation of voters’ ranked choices.

What are the arguments in favor of RCV?

First, voters can freely cast ballots for their favorite candidate, without worrying about “wasting” votes on someone who is unlikely to win.

“In a ranked-choice voting system, voters do not have to settle for the lesser of two evils,” said Susan Lerner, the executive director of the good government group Common Cause New York. “You don’t have to worry that the polls tell you this person has no chance.”

Some advocates say RCV encourages more diverse candidates, possibly because voters may be more willing to support them if they know they can include more choices. Research shows RCV elections feature more candidates of color, according to FairVote, a nonprofit group that favors the system.

RCV can have a positive effect on campaigns, Lerner said. Candidates may be less inclined to attack their opponents to avoid alienating any supporters who might be willing to rank them second, third or fourth.

RCV also ensures the eventual winner must appear on a majority of ballots, providing an incentive for campaigns to reach out to voters across demographic and geographical lines for the broadest possible appeal, rather than relying on a political base that may only represent a plurality of voters, Lerner said.

Are there any concerns?

“I’m incredibly concerned, and I’ve been ringing the alarm for months now,” she said.

Mayor Bill de Blasio’s administration announced a $15 million voter education initiative in April. Lerner is overseeing an education campaign, Rank the Vote NYC, that has reached tens of thousands of voters, she said.

Some academics have noted that RCV can lead to “exhausted ballots,” in which a voter’s candidates are all eliminated before the last round of tabulation and thus are not included in the final tally. Others have argued that a more complicated process could decrease voter turnout.