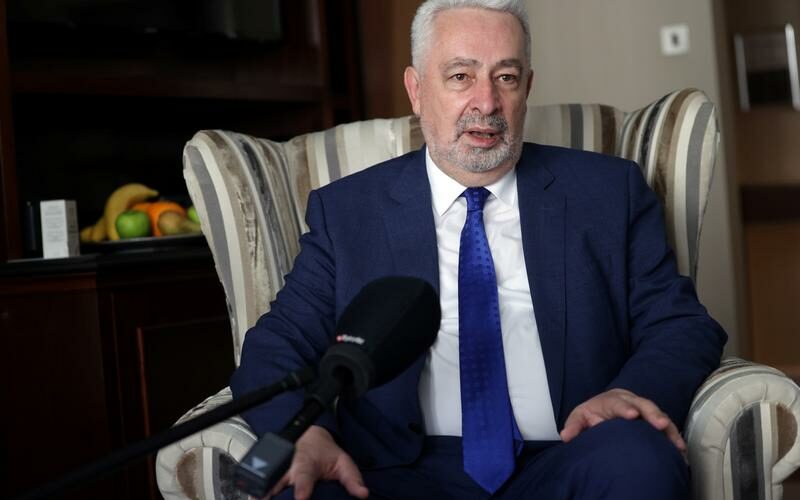 LONDON (Reuters) – Montenegro is weeks away from securing a deal to either swap or refinance with European and U.S. banks nearly $1 billion in debt owed to China, and hopes to reduce the interest rate on the debt to below 1%, Economy Minister Jakov Milatovic told Reuters.

Montenegro borrowed $944 million from China in 2014 to fund a 41-km (25-mile) stretch of road, which foes of then-Prime Minister Milo Djukanovic dubbed the “Road to Nowhere”, saying it typified waste under his rule, an accusation he denied.

Prime Minister Zdravko Krivokapic, who came to power in December, is seeking to reduce the cost of the Chinese debt which has a 2% interest rate and reduce currency risk as the loan is denominated in U.S. dollars, Milatovic said.

“We are negotiating with a number of Western banks from Europe and the United States. We are for sure going to do it with the Western banks,” Milatovic, 35, said, adding that he was seeking an interest rate of “less than 1%” for the debt.

“There are two options: the first is to refinance, the second is to swap the loan, or the third option is to do part of the first one and part of the second one,” he said. “We believe we can get much better terms – I am very optimistic about it.”

Milatovic declined to name the European or U.S. banks but when asked how soon there could be a resolution, he said: “Soon – I think weeks.”

Reuters reported on June 11 that Montenegro was counting on European Union aid to ease its Chinese debt burden.

The Chinese loan was taken out in 2014 from the state-owned Export Import Bank of China with a six-year grace period and a 14-year additional maturity. The principal is already starting to be paid off.

A source with knowledge of the negotiations told Reuters that Montenegro was likely to swap the debt and continue refinancing negotiations and then terminate the swap when the refinancing talks were successful.

Nestled on the shore of the Adriatic, Montenegro has for centuries tumbled with the vicissitudes of great powers, though after seceding from a state union with Serbia in 2006, Montenegro joined NATO in 2017 and hopes to be an EU member this decade.

Prime Minister Krivokapic, a 62-year-old former engineering professor, said Montenegro was for the first time in decades entering into a democratic transition towards what he cast as a Euro-Atlantic future along the lines of Luxembourg.

Krivokapic said his biggest challenge was to establish rule of law in Montenegro which he said had in essence been “captured” by criminals and ensnared in corruption for years.

“International organised crime has been present in Montenegro and as a small country we cannot tackle this problem on our own,” Krivokapic said. “Zero corruption is the formula for the work of this government.”

Montenegro’s economy collapsed 15% in 2020, one of the biggest drops in Europe, as the COVID-19 pandemic cut off tourism.

“We are now seeing a strong recovery of our tourism sector,” Milatovic said. Tourism activity is around 70-80% of the 2019 level, with a full recovery of the sector expected by the end of 2022.

“This is something Greece did in its recovery period – this is the right way to go in order to privatise some of the assets and make some of the state-owned enterprises more efficient and at the end of the day provide a return on the assets for taxpayers.

“Some of the assets would be sold, some of them would be run by the holding,” he said.