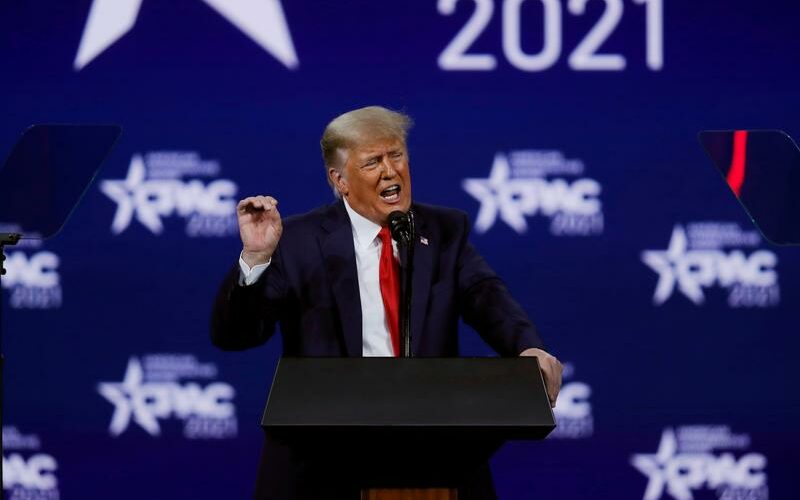 (Reuters) – The district attorney investigating whether former U.S. President Donald Trump illegally interfered with Georgia’s 2020 election has hired an outside lawyer who is a national authority on racketeering, a source familiar with the matter told Reuters.

Fulton County District Attorney Fani Willis has enlisted the help of Atlanta lawyer John Floyd, who wrote a national guide on prosecuting state racketeering cases. Floyd was hired recently to “provide help as needed” on matters involving racketeering, including the Trump investigation and other cases, said the source, who has direct knowledge of the situation.

The move bolsters the team investigating Trump as Willis prepares to issue subpoenas for evidence on whether the former president and his allies broke the law in their campaign to pressure state officials to reverse his Georgia election loss. Willis has said that her office would examine potential charges including “solicitation of election fraud, the making of false statements to state and local governmental bodies, conspiracy, racketeering” among other possible violations.

A representative for Trump did not respond to requests for comment.

Floyd’s appointment signals that racketeering could feature prominently in the investigation. It’s an area of law where Willis has extensive experience – including a high-profile Atlanta case where she won racketeering convictions of 11 public educators for a scheme to cheat on standardized tests.

The investigation of Trump focuses in part on his phone call to Georgia’s secretary of state, asking the secretary to “find” the votes needed to overturn Trump’s election loss, based on false voter-fraud claims.

Willis – a Democrat who in January became the county’s first Black woman district attorney – will have to navigate a fraught political landscape. She faces pressure from Democrats in Atlanta and nationally to pursue an aggressive prosecution, along with scrutiny from Republicans in a state historically dominated by that party.

Floyd declined to comment when asked about the appointment but spoke to Reuters about his past experiences working with Willis.

In 2014, when Willis was an assistant district attorney in Atlanta, Floyd was brought in as a special prosecutor for the racketeering case that grew out of the schools cheating scandal.

“It was very much a team effort,” Floyd said of working with Willis.

The cheating case could provide clues to her strategy for investigating Trump, legal experts say, while stressing that the probe is still in its early stages.

If she pursues racketeering charges, Willis will need to prove a pattern of corruption by Trump, alone or with his allies, aimed at overturning the election results to stay in power. While racketeering is typically pursued by prosecutors in cases involving such crimes as murder, kidnapping, and bribery, the Georgia statute defines racketeering more broadly to include false statements made to state officials.

The federal Racketeer Influenced and Corrupt Organizations Act (RICO) was originally passed in 1970 to help tie Mafia bosses to the crimes of their underlings by allowing prosecutors to argue they conspired together in a “criminal enterprise.” Over the years, however, its reach has grown to include businesses and other organizations as enterprises subject to the law.

Willis specifically listed racketeering and lying to public officials in detailing the possible crimes her office intended to investigate in a Feb. 10 letter to four Republican state officials, asking them to preserve records related to the case.

“That letter was really a signal to the public that she was going after a number of possibilities,” said Clark Cunningham, a Georgia State University law professor.

Georgia lawyers familiar with the state RICO law said Willis may be considering whether it would apply to alleged false statements made by Trump and his allies as they sought to influence state officials to reverse his election loss.

“It’s not a stretch to see where she’s taking this,” said Cathy Cox, the dean of Mercer University’s law school in Macon, Georgia and a former Georgia secretary of state. “If Donald Trump engaged in two or more acts that involve false statements – that were made knowingly and willfully in an attempt to falsify material fact, like the election results – then you can piece together a violation of the racketeering act.”

Racketeering, a felony in Georgia, can carry stiff penalties including up to 20 years in prison and a hefty fine. “There are not a lot of people who avoid serving prison time on a racketeering offense,” said Cox.

In a Jan. 2 phone call, Trump urged Georgia Secretary of State Brad Raffensperger, a fellow Republican, to “find” just enough votes to allow him to win. In the hour-long call, Trump repeated false voter-fraud claims, insisting he won Georgia by a landslide and that Democrat Joe Biden received thousands of votes from people who were out-of-state, unregistered, or dead. Trump made another phone call in late December to Georgia’s chief elections investigator, urging the official to “find the fraud.”

Carr stated publicly that he opposed the Texas lawsuit. The offices of Kemp and Carr did not respond to requests for comment for this story.

Willis’ office has indicated it is also examining efforts to influence the election by Trump’s allies, including a November phone call made by Republican Senator Lindsey Graham to Raffensperger to discuss mail-in ballots; false election fraud claims made by Trump’s then personal attorney, Rudy Giuliani, in testimony at state legislative hearings; and the abrupt removal of Byung J. “BJay” Pak, a U.S. attorney in Georgia who angered Trump by not doing enough to investigate his unfounded fraud claims.

Legal experts say prosecutors could use the pattern of false statements in a pressure campaign to build a RICO case, but that Willis would face the burden of proving Trump knew his fraud allegations were false. In a trial, Trump could argue that he did not deliberately break the law because he truly believed he had been cheated, said Kurt Kastorf, an Atlanta attorney and former U.S. Justice Department prosecutor.

“Trump’s lawyers could reasonably point to portions of the call with the Secretary of State where Trump seems to be making clear that the reason they need to do something is because there is fraud in the election,” he said. “Prosecutors would need to respond with evidence that this asserted reason is insincere.”

As an assistant district attorney in Atlanta, Willis employed the state’s racketeering statute in the complex test-cheating case – leading to a six-month trial, the longest in Georgia history.

Willis led a team of prosecutors in laying out the case that educators had operated a criminal enterprise within the public school system in a conspiracy to cheat, winning convictions in April 2015. Willis and her team walked jurors through months of testimony in the intricate case, which accused 12 former teachers, principals and administrators of inflating scores on standardized tests to secure promotions and cash bonuses. Eleven were convicted; some got prison time.

“I’ve worked on some pretty intense cases over the years,” said Floyd, the RICO expert. “But as far as duration and complexity, that would be hard to match.”

As a private attorney, Floyd is widely respected in legal circles for his expertise and experience litigating complex RICO cases. In addition to the cheating case, he helped convict a former sheriff of Georgia’s DeKalb County for ordering the murder of his elected successor. Floyd successfully defended the conviction, which included racketeering offenses, all the way to Georgia’s Supreme Court.

Anti-racketeering laws are a powerful tool for prosecutors, but building a successful case requires meeting a complex set of legal requirements, according to Floyd, who wrote the book, “RICO State by State: A Guide to Litigation Under the State Racketeering Statutes.”

In 1985, he joined the Atlanta law firm Bondurant Mixson & Elmore LLP, where he still works. Prior to joining the firm, Floyd clerked for a federal judge where he was introduced to RICO cases. “I worked on a few of them there, and my interest grew,” Floyd said.