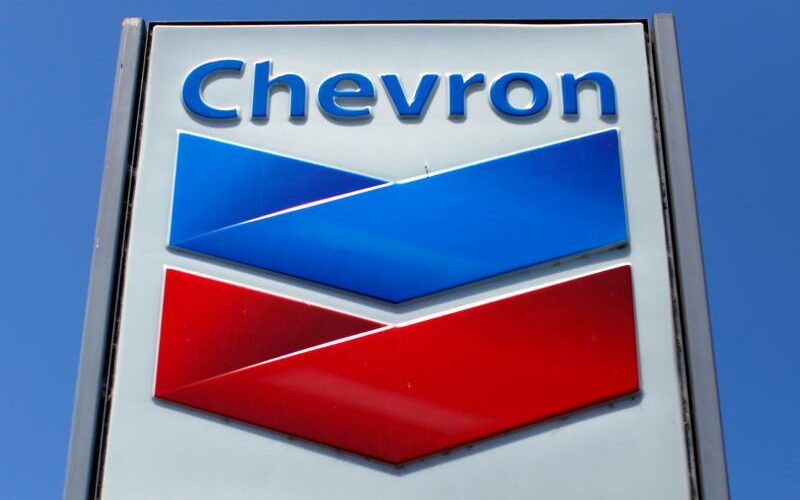 (Reuters) -Chevron is looking to sell its oil and gas assets in Eagle Ford basin in south Texas for as much as $3.8 billion, according to sources familiar with the matter and a marketing document seen by Reuters.

Oil companies have been unloading properties from Texas to California, cashing out on a more than 40% surge in crude prices for future investments and returns to shareholders.

Chevron has also stepped up its divestiture program this year to shore up its balance sheet and reward investors.

After its second-quarter earnings and cash flow rose to pre-pandemic levels, the oil major said in July that it will resume share buybacks in the current quarter.

A Chevron spokesperson did not immediately respond to requests for comment. Chevron has previously said it was fine-tuning its oil holdings.

The Eagle Ford assets, which Chevron bought as part of its takeover of Noble Energy last year, span 30,440 net acres and had net production of 30,300 barrels of oil equivalent per day in 2021, with 45% of it being natural gas, according to the marketing document.

Chevron has retained an investment bank to market the Eagle Ford assets, which could be valued as high as $3.8 billion at $70 oil and $4 gas, the document showed.

U.S. crude prices were trading around $69.5 a barrel, while natural gas was around $4.69 per million British thermal units.

Initial bids are due on Oct. 12. The effective date for a potential sale is Nov. 1.

Chevron said in June it was looking to sell two collections of conventional oil and gas fields in the Permian Basin, together valued at more than $1 billion.

03/09/2021 Markets Comments Off on Exclusive-Chevron looks to sell Texas' Eagle Ford Basin assets for up to $3.8 billion – document
Markets