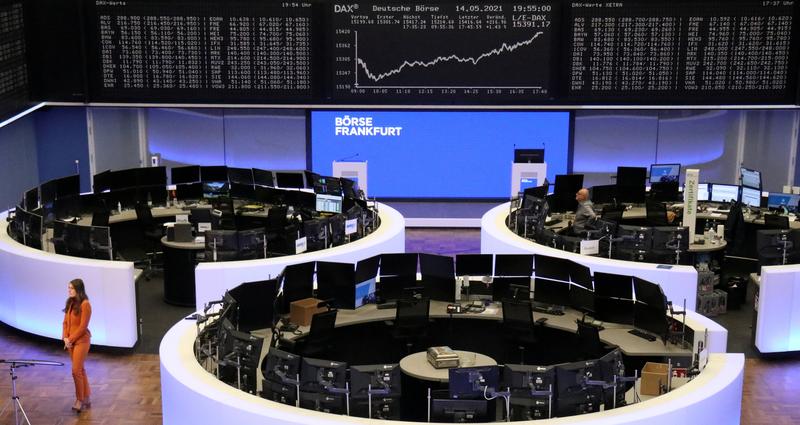 (Reuters) – European stocks dipped on Monday after staging a sharp recovery late last week, as underwhelming Chinese data and a resurgence of COVID-19 cases in some Asian countries outweighed optimism over the reopening of the British economy.

FILE PHOTO: The German share price index DAX graph is pictured at the stock exchange in Frankfurt, Germany, May 14, 2021. REUTERS/Staff

Fresh restrictions across Asia following a new wave of COVID-19 cases also dampened the mood despite prospects of improving economic recovery in the United Stated and Europe.

“Some mixed activity data from China are a reminder that even that economy is not fully through the pandemic’s effects,” Peel Hunt’s Ian Williams wrote in a morning note.

UK’s domestically focussed midcap index was flat, but hovered near a one-week high as the British economy reopened, giving 65 million people a measure of freedom after the gloom of a four-month COVID-19 lockdown.

However, there were concerns about a fast-spreading coronavirus variant first identified in India that could knock a full re-opening of the economy off track.

Irish airline Ryanair edged higher despite reporting a record annual after-tax loss, as it said there were signs the recovery had begun.

Sweden’s Kinnevik slumped 35.2% to the bottom of the STOXX 600 index after the company transferred its stake in online fashion retailer Zalando to shareholders.

Zalando edged up after Goldman Sachs added the stock to its conviction list.