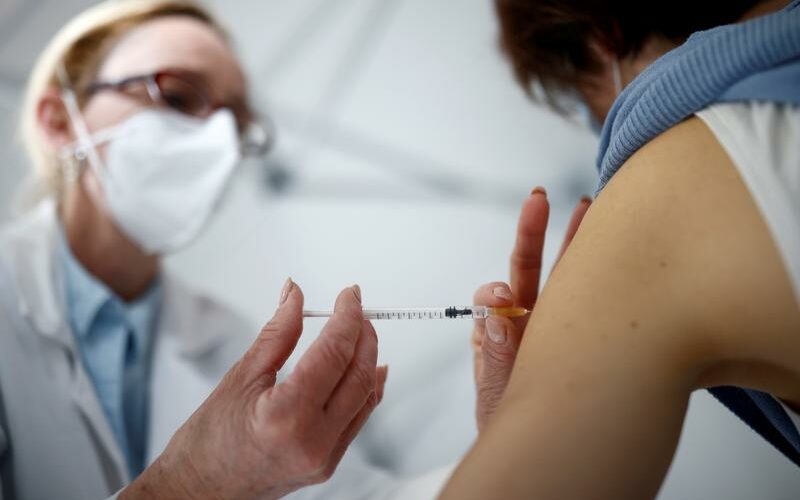 FILE PHOTO: A nurse administers the Oxford-AstraZeneca COVID-19 vaccine to a member of the medical staff at a coronavirus disease (COVID-19) vaccination center in La Baule, France, February 17, 2021. REUTERS/Stephane Mahe

BRUSSELS (Reuters) – The European Commission said on Monday it was seeking clarification from AstraZeneca over its shortfalls in supplies to the European Union, after it sent a letter to the company in March as part of a dispute-resolution process.

“The Commission still expects the company to clarify a number of outstanding issues,” a spokesman for the EU executive told a news conference, noting there had been a meeting on the matter.