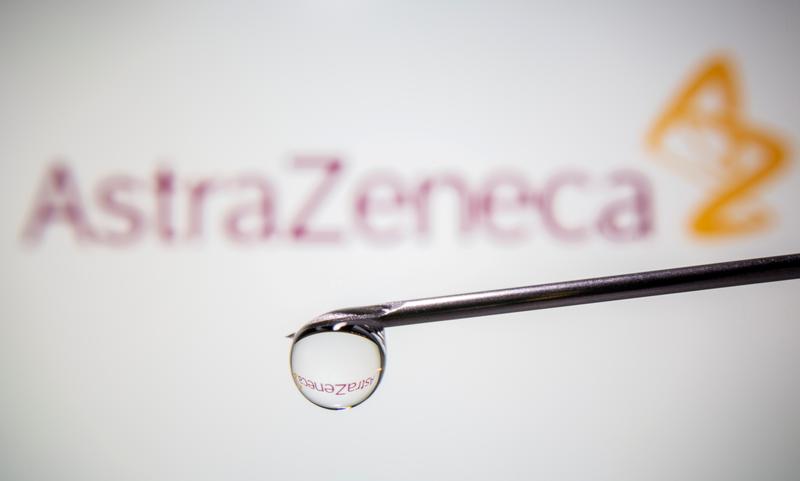 BRUSSELS (Reuters) – The European Union agreed to pay about 870 million euros ($1.06 billion) for its supply of 300 million doses of AstraZeneca’s COVID-19 vaccine and to receive them by June, the contract published on Friday by Italy’s RAI television shows.

FILE PHOTO: AstraZeneca’s logo is reflected in a drop on a syringe needle in this illustration taken November 9, 2020. REUTERS/Dado Ruvic/Illustration

The publication of the contract, signed on Aug. 27, 2020, unveils confidential details about the price and the timetable for deliveries agreed by AstraZeneca. The Anglo-Swedish company revised down the timetable last month because of production issues, leading to a bitter fight with the EU over delayed supplies.

Under the confidential contract, only parts of which had previously been disclosed, the EU has agreed to pay approximately 2.9 euros ($3.5) per dose, in line with Reuters’ earlier reports of a price of about 2.5 euros.

The document, published by a team of RAI investigative journalists, shows that AstraZeneca had committed to delivering between 80 million and 120 million doses by the end of March and the remaining 180 million shots by the end of June under an estimated delivery schedule.

AstraZeneca, which developed the vaccine with Oxford University, declined to comment.

The company last month cut its planned deliveries in the first quarter of the year to 31 million, and later lifted it to 40 million after intense pressure from the EU.

EU officials had already been told by AstraZeneca in December that only 80 million doses would be available by the end of March, an EU document seen by Reuters shows.

The EU was then informed in late January of the new reduction in supplies, the company and the EU said.

AstraZeneca began its deliveries to the EU in early February after its vaccine was approved by the EU drugs regulator.

EU officials have said that under the contract the company was required to manufacture vaccines even before regulatory approval so that they could be made available immediately after authorisation.

Under the timetable the company had committed to delivering 50 million doses in February and March.

In another section of the contract, the company committed to use its “best reasonable efforts” to produce and deliver after authorisation approximately 30 million to 40 million doses in 2020 and 80 million to 100 million in the first three months of this year.

The contract shows that the vaccine should be produced for the EU at four factories: one in Belgium, one in the Netherlands and at Oxford Biomedica and Cobra Biologics plants in Britain.

19/02/2021 Markets Comments Off on EU agreed to pay 870 million euros for supply of AstraZeneca vaccines by June, contract shows
Markets