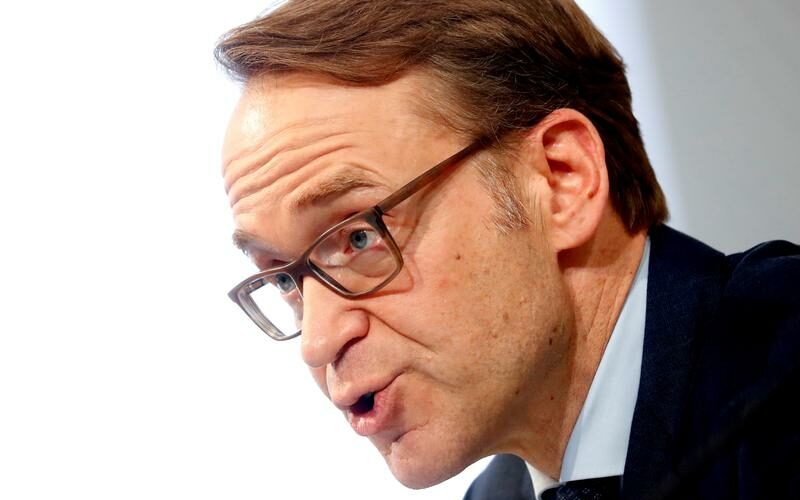 FRANKFURT (Reuters) – European Central Bank policymaker Jens Weidmann opened the door on Wednesday to buying fewer bonds from polluting companies under the ECB’s stimulus programmes, dropping his opposition to taking such an active role in the fight against climate change.

With Weidmann softening his stance, the ECB now looked more likely to adopt some form of green tilt in its multi-billion bond-buying schemes, as advocated by President Christine Lagarde.

The issue is being debated by the ECB’s board and governors of the 19 national central banks as part of a strategic review due to be completed by the end of the summer.

Weidmann, the Bundesbank’s president, reaffirmed his view that the ECB’s first port of call should be to only buy the bonds of companies that meet climate-related reporting obligations and to use credit ratings that reflect those risks.

But he acknowledged that would take time and may not work, meaning the Eurosystem may have to act on its own.

“If no adequate solution can be found here, the Eurosystem would have to adopt alternative measures …, for example by limiting the maturities or the amount of corporate bonds of certain sectors and issuers in the Eurosystem’s monetary policy portfolio,” he said.

He stressed this “should not be confused” with steering the private sector’s behaviour for political reasons.

“And, even if we decided to limit the maturities or the amount of corporate bonds as described, we would still need an appropriate and transparent yardstick for climate-related financial risks,” he added.

In his speech at the Green Swan conference of the Bank for International Settlement, Weidmann dropped his defence of ‘market neutrality’, or buying bonds in proportion to their outstanding amounts.

This principle has guided the ECB’s purchases of corporate bonds since they were launched five years ago. They now total 316 billion euros, including commercial paper.