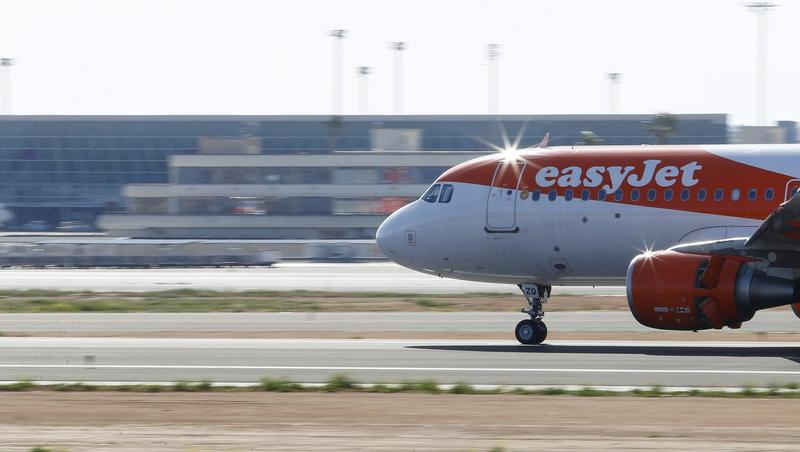 LONDON (Reuters) -British airline easyJet said it expected to start to fly more from late May onwards, shrugging off worries about a third wave of COVID-19 infections in continental Europe which have dampened hopes for a rebound in travel this summer.

EasyJet said on Wednesday that most countries were planning to resume flying at scale in May, and it expected a ramp up from late May. It said that overall in its April to end of June quarter it would fly up to 20% of 2019 capacity levels.

The return to flying at scale will help boost the airline’s finances which have been squeezed during the pandemic. It flew just 14% of 2019 capacity in the October to end of March period.

For the six months ended in March, the airline said it expected to report a loss before tax in the range of 690 million pounds ($950.41 million) to 730 million pounds, after it made stronger cost reductions than analysts had forecasted.

EasyJet said it has 2.9 billion pounds of liquidity and was well-positioned to capitalise on a recovery in flying.

“We maintain significant flexibility to ramp capacity up or down quickly depending upon the unwinding of travel restrictions and expected demand across our European network,” said easyJet in its statement.

Uncertainty remains about when travel can properly resume. The UK government’s plan for kicking off a summer getaway season disappointed the industry last week after it failed to include a start date for travel or list which countries which would be open for travel.