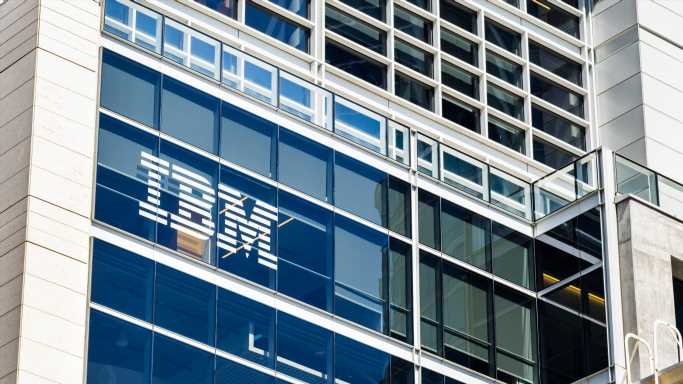 Before markets opened on Monday, Bank of America reported first-quarter results that beat both revenue and profit estimates, and shares traded up about 1%. Bank of New York Mellon reported inline profits but missed slightly on revenue. Shares traded down about 4% Monday morning.

Charles Schwab missed on both the top and bottom lines, and the shares traded down more than 5%. Synchrony Financial beat both profit and revenue estimates and announced a further $2.8 billion in share buybacks. The stock traded up more than 3%.

This week we expect to get earnings reports from a variety of industries, including more airlines, mining companies and energy companies. A couple of Dow Jones industrials stocks are on tap for Friday, and Tesla will report results after markets close Wednesday.

Here is a look a three technology firms that will release quarterly results either on Tuesday afternoon or Wednesday morning.

Semiconductor manufacturing equipment maker ASML N.V. (NASDAQ: ASML) has added dropped about 4.5% from its share price over the past 12 months. Since mid-November, the stock is down 32%, and for the year to date, shares have declined nearly 25%. The Netherlands-based company will report first-quarter results before U.S. markets open on Wednesday.

What’s difficult to understand is how a company that has a virtual monopoly on machines that etch circuits onto silicon wafers could be down so much when demand for semiconductors is so strong. What seems to be in question is ASML’s ability to expand fast enough and just how much that could cost. ASML’s outlook for the rest of this year will be critical for the company and its investors.

Of 35 analysts following the stock, 27 have given the shares a Buy or Strong Buy rating while five have Hold ratings. At a recent price of around $597.90 a share, the implied upside based on a median price target of about $837.13 is about 40%. At the high price target of $994.59, upside potential reaches 66%. Last July, ASML’s average price target was around $700.

Shares of International Business Machines Corp. (NYSE: IBM) have added about 4.2% over the past 12 months. The less good news is that shares are about 4.1% lower year to date. The spinoff of the company’s services business into Kyndryl will lower overall revenue by nearly $4 billion. Adjusted for the spinoff, however, revenue is expected to rise by around 5%. IBM needs to show that its software business is growing, especially the Red Hat unit, and that its hardware business is growing, even by a little. The company reports results after markets close Tuesday.