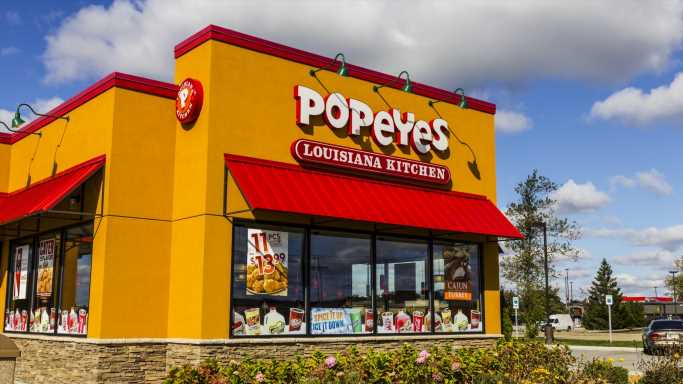 With the trading day more than halfway over, the broad markets were sliding, with the Nasdaq leading the way with a retreat of nearly 2%. We are in the heart of earnings season, with big names like Apple, Microsoft and Amazon on the way after the close Tuesday. Depending on how investors react to these reports, Wednesday could be a very different day.

24/7 Wall St. is reviewing some big analyst calls seen on Tuesday. We have included the latest analyst call on each stock, as well as a recent trading history and the consensus targets among analysts.

For those that might have missed it, 24/7 Wall St. had an earlier round of analyst calls on Tuesday that included AbbVie, Alibaba, American Airlines, Chipotle, Pfizer, Starbucks and more.

Restaurant Brands International Inc. (NYSE: QSR): Guggenheim initiated coverage with a Neutral rating and a $67 price target. The stock was trading at around $65 a share on Tuesday, in a 52-week range of $51.12 to $71.12.

With bond yields remaining at generational lows and unlikely to head meaningfully higher in the near term, it makes sense for growth and income investors to consider top dividend-paying stocks. Chevron and Verizon are among five blue chip stocks that are not as crowded and as overbought as most of the market is.

See which seven stocks ARK Invest is dumping due to turmoil in the Chinese markets.