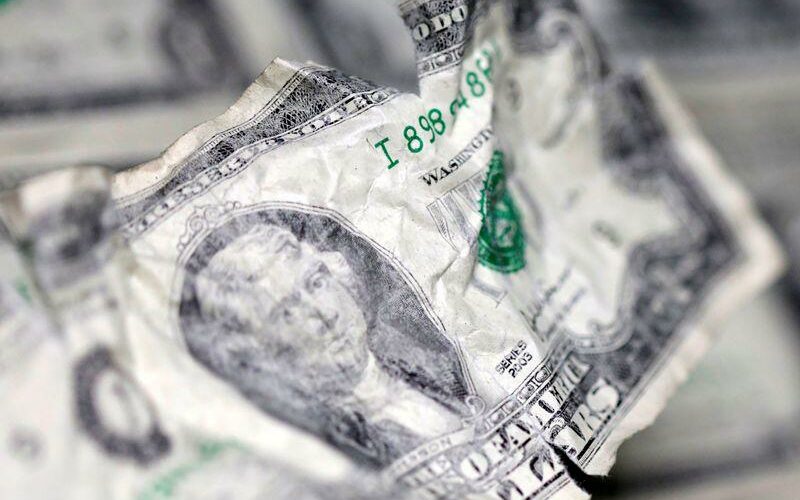 NEW YORK (Reuters) – The dollar index rose to a three-week high on Monday as investors bet on faster growth and inflation in the United States, while the Australian dollar gained after Australia’s central bank increased its bond purchases in a bid to stem rapidly rising yields.

The dollar has gained in the past few sessions as U.S. government bond yields jump on expectations that growth and inflation will increase as the administration prepares new fiscal stimulus and vaccinations against COVID-19 become more widespread.

Benchmark 10-year Treasury yields edged higher to 1.432% on Monday, but are holding below the one-year high of 1.614% reached on Thursday.

“The dollar is trading relatively bid on the yield differential, on the growth expectation differentials,” said Boris Schlossberg, managing director of FX strategy at BK Asset Management in New York.

The euro is lagging meanwhile, as the region falls behind in growth expectations.

“Everyone’s waiting for Europeans to catch up, both on the vaccination front and then on the stimulus front. When they do, that becomes the final piece of the puzzle that really propels global growth forward,” Schlossberg said.

Traders were also waiting for a speech later on Monday by President Christine Lagarde, who is under pressure to act against rising yields in the euro zone.

“There is little doubt in my mind that central banks will eventually lean quite hard against a sustained rise in yields. They simply can’t afford to see it happen with debt so high,” Deutsche Bank strategist Jim Reid wrote in a note.

The Australian dollar rebounded from Friday’s three-week lows after the Reserve Bank of Australia (RBA) increased its bond purchases to A$4 billion, raising expectations that other central banks could also buy more bonds if yields continue to surge.

“That’s a very telling sign that central banks are not going to be intimidated by the bond market at this point,” Schlossberg said.

The RBA will hold its monthly policy meeting on Tuesday, and markets expect it to reinforce its forward guidance for three more years of near-zero rates.

The safe haven yen reached 106.77 against the dollar, its weakest level since Aug. 28.