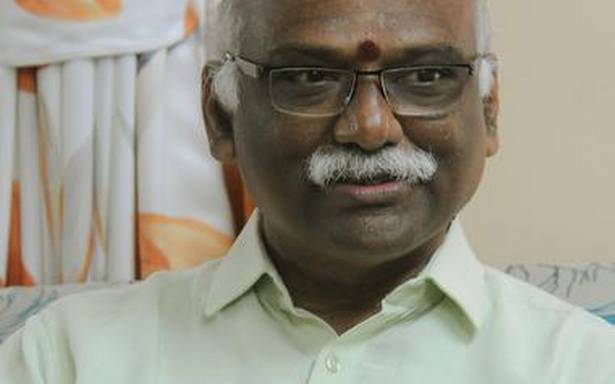 He expressed apprehension that there is a possibility of using this virtual asset for criminal activity in absence of regulation and there are numerous instances indicating that.

Former RBI Deputy Governor R. Gandhi on Tuesday made a case for treating and regulating crypto as a separate asset class with a view to enabling governments around the world to effectively deal with illegal activities associated with virtual currencies.

After quite a lot of debate over the years, he said, people have fully understood that crypto cannot be a currency because the fundamental element of a currency— that it should be a legal tender— is missing in this case.

He said that in this case, one cannot compel a crypto currency to be accepted by another person as it is not a legal tender.

“The general consensus among many policymakers is that it should be deemed as an asset, not as a currency, not as a payment instrument and not as a financial instrument as there is no clear identified issuer,” he said.

"So once we have an understanding and acceptance, that it is an asset (not a currency), then it becomes relatively little easier to have regulation around it," he said at a virtual event organised by Internet and Mobile Association of India (IAMAI) and Blockchain & Crypto Assets Council (BACC).

He expressed apprehension that there is a possibility of using this virtual asset for criminal activity in absence of regulation and there are numerous instances indicating that.

So, he said, any jurisdiction should have a clear framework by which any part of the economic activity should not beseen as supportive of any criminal activity.

"So that is where the real difficulty comes in vis-à-vis a crypto assets as there is a possibility, and not really a possibility, there has been quite a bit of an anecdotal evidence that crypto assets have been utilised for increasingly, or in large scale, for illegal activities like ransom attacks etc," he said.

He said that the basis of origination of crypto some 12 years back as an asset was that it cannot be traced and taxed.

"So the very idea of crypto was that it should be anonymous, independent, and it cannot be taxed or tracked, so as I said every society will have its own rules, which expects compliance by all its members and it penalises non-compliance," he added.

The inter-ministerial panel on cryptocurrency, under the Chairmanship of Secretary (Economic Affairs) to study the issues related to virtual currencies and proposed specific actions, has already submitted its report.

It has recommended that all private cryptocurrencies, except any virtual currencies issued by state, should be prohibited in India.

Meanwhile, the RBI has concerns on the cryptocurrencies traded in the market and has conveyed the same to the government.

Underlining that both the government and the RBI are "committed to financial stability", RBI Governor Shaktikanta Das had said there are no differences between the central bank and the Finance Ministry on the matter, and "we should now await the final decision on the matter" from the Centre.

Mr. Das had said he has "reasons to believe" that the government is in agreement with the "major concerns" flagged by the RBI about the cryptocurrencies.

07/09/2021 Markets Comments Off on Crypto not currency; needs to be regulated as asset: ex-RBI DG Gandhi
Markets