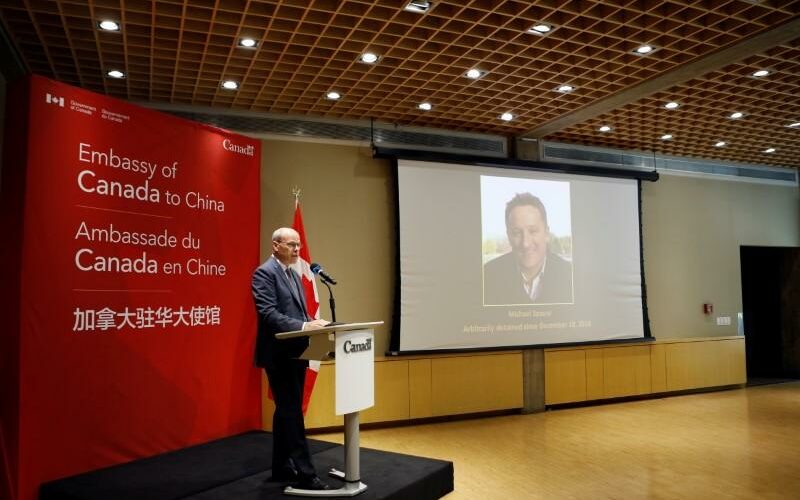 BEIJING (Reuters) -A Chinese court convicted Canadian businessman Michael Spavor of espionage on Wednesday and sentenced him to 11 years in prison and said he will be deported, but it was not clear when, based on a statement on the court’s website.

Beijing-based lawyer Mo Shaoping told Reuters that deportation generally takes place after the person has finished serving the sentence but may happen earlier for special cases.

The Dandong Intermediate Court said 50,000 yuan of Spavor’s personal assets will be confiscated.

Spavor was charged with espionage in June 2019 along with fellow Canadian Michael Kovrig, at a time when relations between the two countries were at a very low level following Canada’s arrest of a Huawei executive in late 2018.

Spavor’s sentencing comes as lawyers in Canada representing the chief financial officer of Chinese telecoms giant Huawei make a final push to convince a court there not to extradite her to the United States.