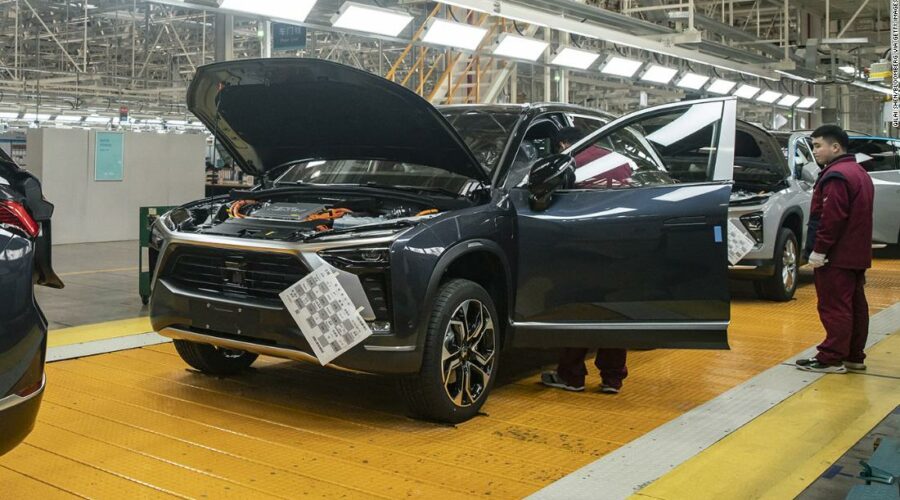 Hong Kong (CNN Business)China’s Nio is continuing its turnaround and even eyeing a push abroad. But the wannabe “Tesla killer” isn’t on completely sure footing just yet.

Sales for the automaker climbed significantly higher in the fourth quarter of 2020, it reported Monday, though losses also widened more than expected.
Nio (NIO) posted a net loss of almost 1.4 billion yuan ($212.8 million) in the three months ended December, a steeper loss than analysts had projected. Revenue came in at 6.6 billion yuan (about $1 billion), slightly better than expected.

The electric carmaker also said that it expected deliveries this quarter to reach between 20,000 and 20,500 units. That would be an improvement over the 17,400 vehicles it sold last quarter, which was already a 45% jump compared to the previous three months.
Shares fell more than 4% after hours, though that followed a nearly 9% climb during regular trade.

Just a year ago, Nio was seen as a cautionary tale. Its stock in New York had cratered to less than $3 a share, investors were calling the company a flop that put them off other startups, and it was bleeding cash. 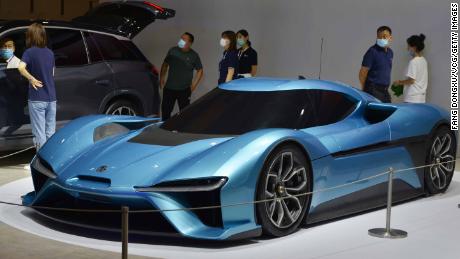 Today, Nio is in a very different position. It had a banner year in 2020, with shares skyrocketing more than 1,000%. Sales of its premium SUVs have picked up. And the automaker no longer has to worry about getting access to capital, after receiving a $1 billion injection from state-backed investors in China, which many viewed as a government bailout.
On Monday, the company touted its balance sheet, saying it had “achieved a positive operating cash flow” and built up a cash reserve of 425 billion yuan ($6.5 billion).
It’s also pushing aggressively to expand both at home and abroad. In January, Nio launched the ET7, its first flagship sedan. The move was viewed by some analysts as a bid to take on Tesla’s popular Model 3, which is also being locally produced in China.
Tesla has made a big splash in China, though it has attracted scrutiny from regulators recently. Last month, the US automaker run by Elon Musk was summoned by Chinese officials to face questions about the quality of its Chinese-made cars. 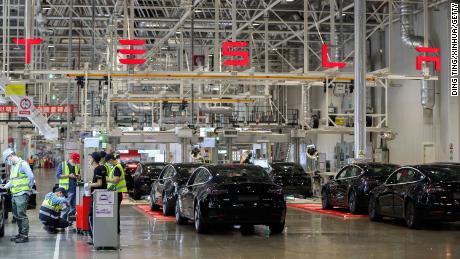 “I look at that … as a shot across the bow to all the EV makers and all the battery suppliers and the manufacturers,” said Tu Le, founder of Beijing-based consulting firm Sino Auto Insights. “[With] Tesla being the highest profile [player], it just highlighted how careful they need to be with regard to customer complaints and safety.”
Nio has also announced plans to launch in Europe this year, and is exploring entering the United States. Talks for the latter are at a “very early stage,” CEO William Li said on an earnings call.
The overseas push will be the “true test for Nio” and other Chinese electric carmakers, said Le. He noted that Tesla, the global market leader, is also expanding into Europe with its Berlin Gigafactory. 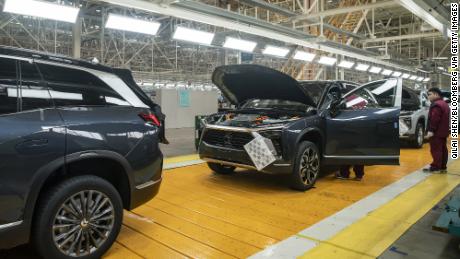 But concerns remain that the company is overvalued. Nio’s market cap is currently $78.3 billion, with a share price of almost $50.
“To me, an $80 billion market cap for Nio is just not applied when you’re selling 43,000 cars in one market,” said Le, referring to the 43,700 vehicles Nio delivered in China in 2020.
“To be a healthy company, they need to be at 10,000 or 12,000 units [of deliveries] a month.”
Yuqian Ding, head of A-share auto research at HSBC, also expressed caution over the company’s stock.

In a note to clients last week, she maintained her hold rating on Nio, saying that the company still had “to struggle with intense competition.”
“Despite Nio’s strong brand and product traction we also see better quality models and aggressive pricing from competitors,” Ding added.
Source: Read Full Article