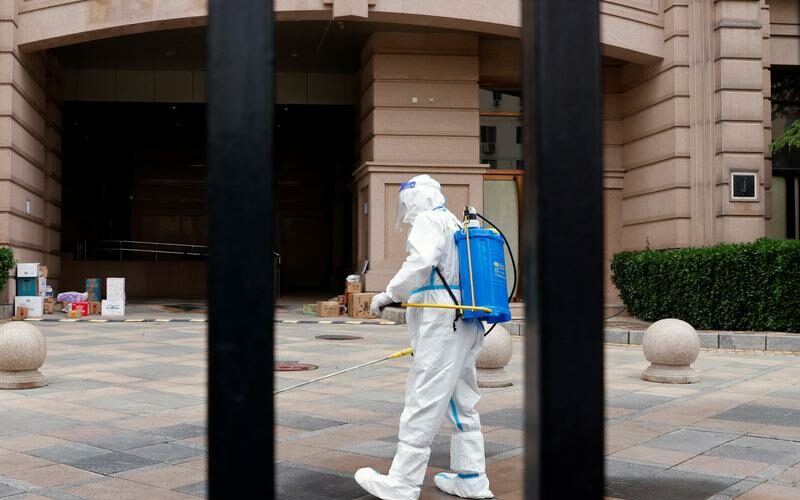 A worker in a protective suit disinfects behind a locked gate of a residential compound where a coronavirus disease (COVID-19) case was confirmed, in Chaoyang district of Beijing, China April 27, 2022. REUTERS/Carlos Garcia Rawlins

BEIJING (Reuters) – China’s capital of Beijing has detected some positive COVID-19 cases in the first round of mass testing conducted in a dozen districts this week, a municipal official said on Wednesday.

Based on the results from 19.80 million out of the 19.81 million samples taken, 12 tubes of mixed samples tested positive, a Beijing health official said.

Under mass testing campaigns in China, multiple samples are tested together in a single tube.

As of 3 p.m. (0700 GMT) on Wednesday, 46 new locally transmitted cases had been found since 4 p.m. the previous day, a second Beijing official said.