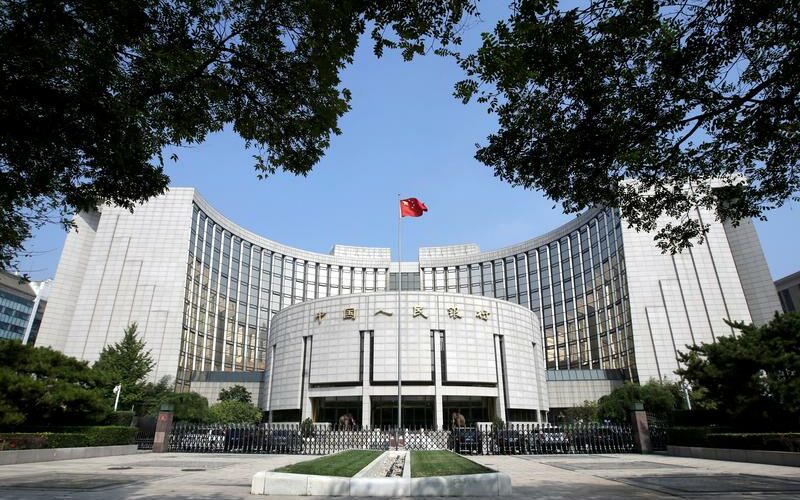 SHANGHAI (Reuters) – China’s central bank injected billions of yuan through medium-term loans into the financial system on Monday, which many market participants interpreted as an effort to prop up the economy, although the cost of such borrowing was left unchanged.

Widening outbreaks of the Delta variant across the country, torrential rains and flooding, and slowing economic growth momentum suggested by recent data all required more easing measures to cushion the slowdown, analysts say.

The People’s Bank of China (PBOC) kept the rate on a one-year medium-term lending facility (MLF) loan worth 600 billion yuan ($92.64 billion) to some financial institutions steady at 2.95% from previous operations.

The move “took into account that financial institutions could use part of the funds freed from a reduction to reserve requirement ratio (RRR) in July to pay back MLF loans due this month”, the PBOC added.

“The amount of rollover is larger than expected; but the reliance on liquidity on the earlier RRR cut to cover the balance is a mild disappointment to the market, as not even the short-term open market operations (OMO) are used,” said Frances Cheung, rates strategist at OCBC Bank.

“Further ahead, the PBOC may choose to continue to let banks pass on lower funding costs to their clients rather than delivering an outright interest rate cut, and hence a reserve ratio cut cannot be ruled out especially amid continued heavy MLF maturity profile in the coming four months, more so in November and December.”

Several bond traders also said the size of the MLF loan injection came in larger than they had expected.

A total of 3.05 trillion yuan worth of MLF loans is set to expire in the fourth quarter of this year, according to Reuters calculations based on the official data.

In the same online statement, the central bank said Monday’s operation was a rollover of 700 billion yuan of maturing MLF loans due on Tuesday.

“We don’t think policymakers already have appetite for a significant easing of the overall macro policy stance. But we expect policymakers to be keen to avoid a sharp slowdown and to be more willing to take measures to support growth in H2 than in H1,” said Louis Kuijs, head of Asia Economics at Oxford Economics.