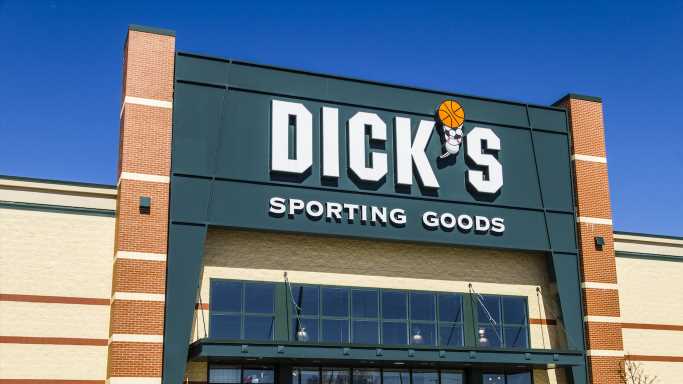 Stocks were mixed in the midday Wednesday’s trading, as the S&P 500 tried to post an all-time high for the fifth straight day. Once again Tuesday, both the S&P 500 and the Nasdaq printed all-time highs. Investors are keeping an eye on the tug-of-war between Republicans and the president over the infrastructure bill, as Senate minority leader Mitch McConnell says the infrastructure bill hinges on Democrats abandoning plans to link it with a larger reconciliation package. Wall Street is also waiting for Friday’s June jobs report, which could also be a major market mover.

24/7 Wall St. is reviewing some big analyst calls seen on Wednesday. We have included the latest analyst call on each stock, as well as a recent trading history and the consensus targets among analysts.

Chesapeake Energy Corp. (NYSE: CHK): Capital One started coverage with an Equal Weight rating and a $57 price target. The consensus target is set higher at $63.80. Over the past year, the stock has traded between $40.00 and $56.99.

Shoals Technologies Group Inc. (NASDAQ: SHLS): Piper Sandler started shares of the solar energy parts company with an Overweight rating and a $43 price target. The consensus target is $39.80. The shares have traded between $20.94 and $0.44 over the past 52 weeks.

Open Text Corp. (NASDAQ: OTEX): Barclays downgraded the shares to Equal Weight from Overweight and has a $56 price target, not far from the consensus target of $56.88. The stock has traded between $36.18 and $51.84 a share over the past year.

Score Media and Gaming Inc. (NASDAQ: SCR): Morgan Stanley started coverage with an Equal Weigh rating, and the firm has a $22 price target. No consensus target was available. The stock has traded in a wide 52-week range from $4.03 to $45.00.

The analysts at BofA Securities have made some big changes to the firm’s US 1 list of top stock recommendations. FedEx stock was added, and four that have performed admirably were removed.

Jim Cramer has thoughts on index investing, and Warren Buffett and Charlie Munger opine about China, Robinhood, Zoom and more.