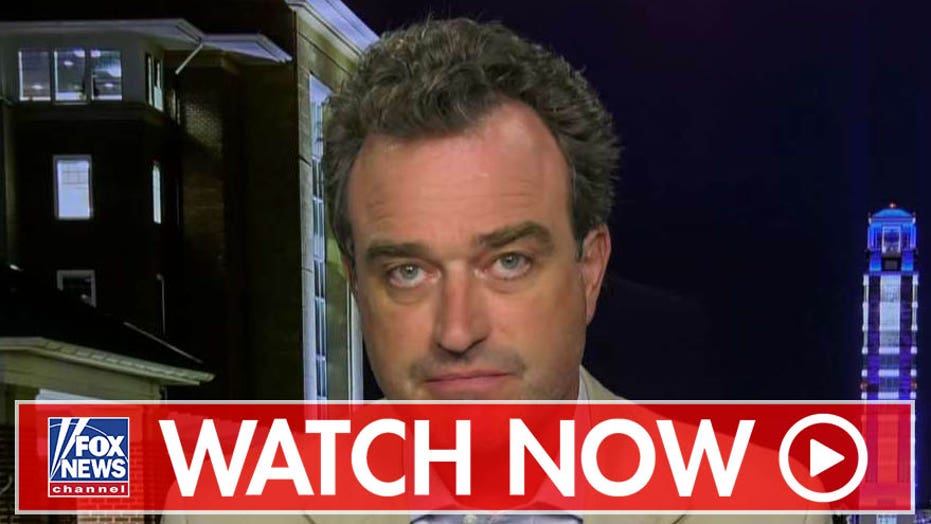 The far-left faction of the Democratic Party is "doing a lot of damage" to the party's 2020 election hopes by potentially discouraging moderate voters — many of whom could back President Trump on Election Day, according to Charlie Hurt.

"I think they're destroying their own Democratic base," Hurt, a Washington Times opinion editor and Fox News contributor, claimed Friday on "Hannity," because there are a lot of rank-and-file, regular Democrat voters out there."

Hurt said these moderate Democrats "are the people you see registered in the polls favoring Joe Biden."

Such voters don't like Donald Trump, he added, "and they can give you legitimate reasons for not liking him … that have nothing to do with Russia."

Nevertheless, he said, many of those same moderate Democrats also tend to be turned off by far-left policies, like Medicare-for-all, espoused by progressives such as Rep. Alexandria Ocasio-Cortez and other freshmen members of Congress who comprise "the Squad," as well as presidential candidates like Sens. Bernie Sanders and Elizabeth Warren.

"It's obvious that Democrats like AOC are doing a lot to damage the party in the eyes of a general election electorate," Hurt said.

Hurt said those voters, supporting Biden as a means of favoring a more moderate 2020 candidate, are not receptive to policy proposals from Ocasio-Cortez or other progressives like New York City Mayor Bill de Blasio.

"They're completely not represented by any of these loons in the Democratic Party who are racing to the left to give free health care to illegal aliens," he added.

Hurt added that he believes Trump may be able to gain the support of some of these Democrats if someone in the vein of Ocasio-Cortez is nominated at the convention. (AOC herself cannot be the party's nominee in 2020 because at age 29 she would fall short of the Constitution's requirement that a president be at least 35.)

"I think Donald Trump picks up a lot of those people, come the general election, but before that in the Democratic primary I think it hurts the party," he said.

Of Ocasio-Cortez's critique of the Electoral College, and a social media video of her ride through a rural area while discussing the topic, Hurt added the Bronx lawmaker should learn about the origins of the Constitutionally prescribed body.

"The reason that's such a problem for us is the fact that the House of Representatives is, of course, the closest representation to the people. For her to be ignorant on this is pretty disturbing," he said.

"If she went back to a civics class in elementary school … she would learn the whole point of this debate and the wisdom of our founders was to create a system that gave states enough power to be a counterweight to the federal government."

24/08/2019 Markets Comments Off on Charlie Hurt: Trump may gain moderate voters turned off by AOC, other far-left Dems
World News