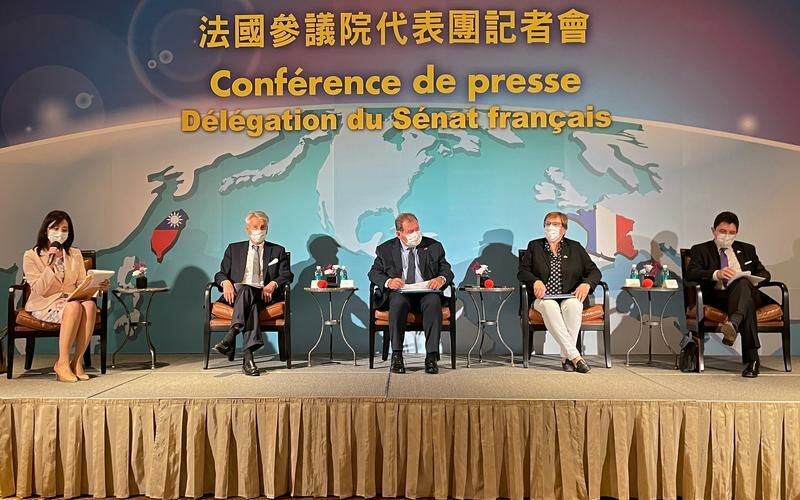 TAIPEI (Reuters) – Taiwan should be called a country, a senior French senator said on Friday during a visit to Taipei, doubling down on earlier comments that have angered Beijing, which views the island as one of its provinces, and not a country.

Taiwan’s name is a tricky issue.

Formally called the Republic of China, it is not recognised by most of the world, which has diplomatic ties with Beijing, and its de facto embassies generally use the name “Taipei” to describe the island, to ensure host nations do not upset China.

In Beijing, a Chinese foreign ministry spokesman said to call Taiwan a country was a “flagrant violation of the universal consensus of the international community, including France”.

The spokesman, Zhao Lijian, added, “People like Richard either lack the most basic respect and understanding of international relations norms, or they kidnap state-to-state relations based on personal selfishness.

Speaking to reporters on Friday, Richard, who heads the French Senate’s Taiwan Friendship Group, acknowledged that what to call Taiwan’s representative offices was a tricky issue.

“It’s a fine diplomatic issue, but what is striking to me is that the name of this island and this country is Taiwan,” he said, speaking in English.

“So there is no big point in trying to, you know, prevent this country to use its name.”

The remarks come at a time of growing international concern over rising tension between Taiwan and China after almost 150 Chinese aircraft flew into the former’s air defence zone over a four-day period since last Friday.

Taiwan has lived under the threat of invasion by China since the defeated Republic of China government fled to the island in 1949 after losing a civil war with the Communists. No peace treaty or armistice has ever been signed.

France has official relations only with Beijing, not Taipei, but maintains a relatively large de facto embassy on the island staffed with diplomats.

Richard, who was French defence minister from 1997 to 2002 under President Jacques Chirac, has visited Taiwan twice before.

He is being accompanied by three other French senators on his visit, despite strong warnings against it this year by China’s embassy in Paris after the trip was first mooted.