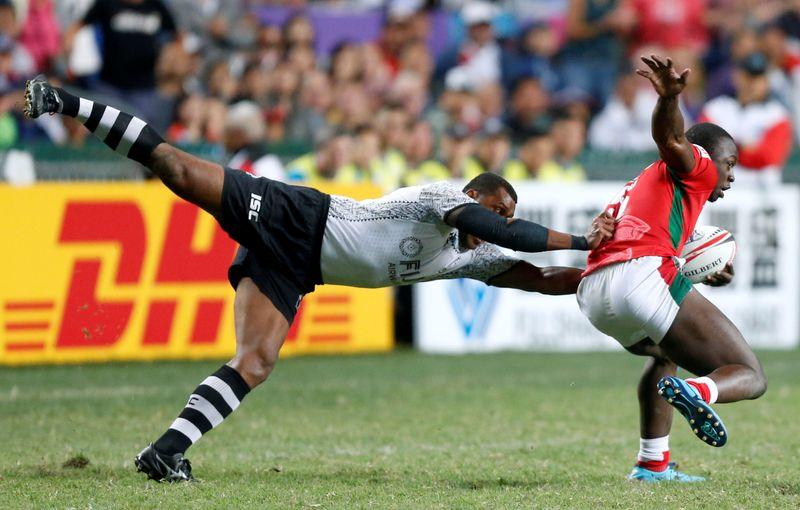 HONG KONG (Reuters Breakingviews) – Hong Kong bankers are getting drop-kicked while they’re down. The marquee stop for the World Rugby Sevens Series, where corporate financiers typically schmooze and cut loose with clients, is being postponed for six months because of the coronavirus. Its absence in the April diary will be a grim reminder of a potentially tough year ahead.

Visitors flock to the former British territory for its biggest sporting and social event. While attendees from overseas account for half of ticket sales, a bigger chunk of revenue comes from corporate boxes sold to the likes of Citigroup, Goldman Sachs and JPMorgan, who pay up to $50,000 for space to host employees and customers, and more than twice as much for swankier suites. HSBC is a lead sponsor alongside local airline Cathay Pacific.

The event this year promised to be more a time of commiseration than celebration. “All our deals are on hold now – capital markets or M&A,” one senior Hong Kong banker told Reuters this week. “Nothing is happening.”

Bid deadlines involving Chinese buyers or sellers are being extended, and preparations for market debuts have slowed. Major banks are restricting travel to the mainland and bond issuers have cancelled face-to-face investor meetings.

A busy January, before the seriousness of the outbreak was known, helped sustain the volume of local initial public offerings. But just $38 billion of Asian M&A deals excluding those in Japan have been announced this year, a 60% drop from a year ago, according to research outfit Dealogic. That’s the worst start since 2013. And the number of bonds issued from the region fell to its lowest number since 2009.

Although bankers and others might have welcomed the distraction, bad business also threatened to dull the Sevens festivities. Public safety in any case was the main concern, even though only 53 cases of the virus have been identified in Hong Kong. It is the first time in the tournament’s 45-year history – including during SARS in 2003 – that it will not be held in springtime.

By October, things may have picked up again. It’s even possible that deals on hold could come roaring back. If not, then bankers and their customers will at least have the Sevens in the autumn to drown their sorrows.

COVID-19 and Emerging Market Currencies: Join Us for a Free, Live Webinar