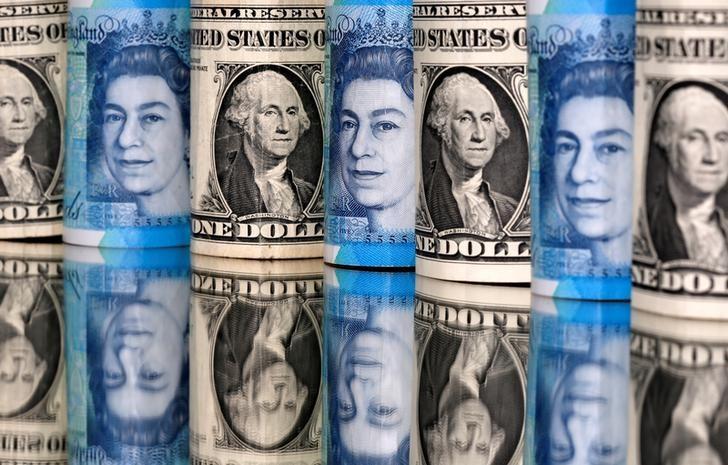 LONDON (Reuters Breakingviews) – False dawns are common during financial market slumps. Sterling’s rebound from 35-year lows against the dollar looks like another one.

The pound was one of the bigger gainers on Tuesday morning against a broadly weaker dollar. It has now clawed back more than a third of the ground it lost last week when it slumped to nearly $1.14, its lowest since 1985.

The worst of the pummelling is most likely over. A week ago, speculative investors were long sterling, whereas they already had net short positions in the Australian, Canadian and New Zealand dollars, according to U.S. Commodity Futures Trading Commission data. That’s one explanation for why sterling fell much more sharply against the greenback than these other currencies. Central banks’ efforts to satisfy global hunger for dollars by opening up swap lines also relieved some of the pressure.

But there are a couple of reasons why it’s too early to pile into pounds. First, there are worrying signs that banks are still desperate for dollars. British lenders’ demand for the U.S. currency from the Bank of England rose to $3.56 billion on Tuesday. While that wasn’t as high as last week, it still marked a big jump from Monday’s $5 million take-up. Japanese banks borrowed a record $89.3 billion from the Bank of Japan on Tuesday.

Second, the currency derivatives market is signalling that investors are still very gloomy about the pound’s outlook, and not just in the near term. One-year sterling/dollar options prices show that the preference to sell rather than buy pounds is even more pronounced than it was in 2016, when Britons voted to leave the European Union.

Huge exchange-rate gyrations have also pushed up the price of buying options that might offer some protection against a renewed drop in the pound. For example, one-month implied sterling/dollar volatility is 17.5%, nearly three times as high as it was only a month ago.

Investors may prefer not to be exposed to sterling at all rather than pay up for insurance. All the more so since there’s a yawning chasm between the price that banks are quoting to buy and sell sterling/dollar options – another sign that all is not well. The pound’s problems are not yet over.

With doors closed for coronavirus, Belgian chefs cater for hospitals

How to apply for SNAP

Mnuchin: Trump looking at how parts of US economy can be reopened