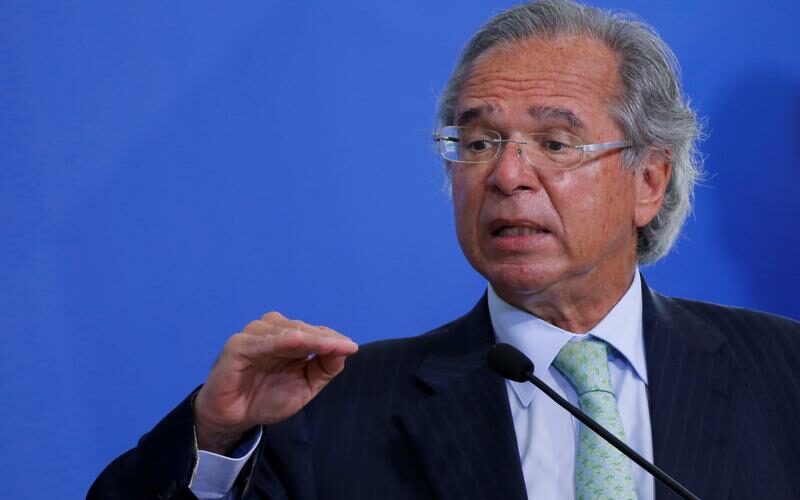 BRASILIA (Reuters) – Brazil’s Economy Minister Paulo Guedes said on Tuesday he expects the economy will be back on track in two to three months, as an accelerating nationwide COVID-19 vaccination program gets people back to work and revives activity.

Speaking in an online event hosted by Banco Itau, Guedes also said he expects a “decisive move” soon on the implementation of the stalled trade pact between the European Union and Mercosur bloc of Argentina, Brazil, Paraguay and Uruguay.

“We think that probably two, three months from now Brazil could be back to business. Of course, probably economic activity will take a drop but it will be much, much less than the drop we suffered last year … and much, much shorter,” Guedes said.

To achieve that, Brazil must speed up mass vaccination, which Guedes hailed as the country’s most important fiscal policy right now.

“It is the one that has most return in terms of economic results – to preserve people’s health and guarantee a safe return to the workforce,” he said.

Brazil is currently vaccinating 1 million people a day, Guedes said, which should increase in the weeks ahead. The South American nation is the current global epicenter of the coronavirus pandemic, with new cases and fatalities recently surging to record highs.

Guedes said the government will revive the job protection scheme that he says saved 11 million jobs last year, and will renew its privatization efforts.

Studies on the planned privatization of the country’s largest power company Eletrobras should be completed within nine months, he said.

On the EU-Mercosur impasse, Guedes said he is hopeful agreement will be reached soon.

The pact struck in 2019 promised to remove 4 billion euros of import tariffs on EU products. But it has not been implemented, due to Europe’s concerns over Amazon deforestation and scepticism about Brazil’s commitment to tackling climate change under President Jair Bolsonaro.

07/04/2021 Markets Comments Off on Brazil 'back to business' in 2-3 months as vaccinations accelerate, economy minister says
Markets