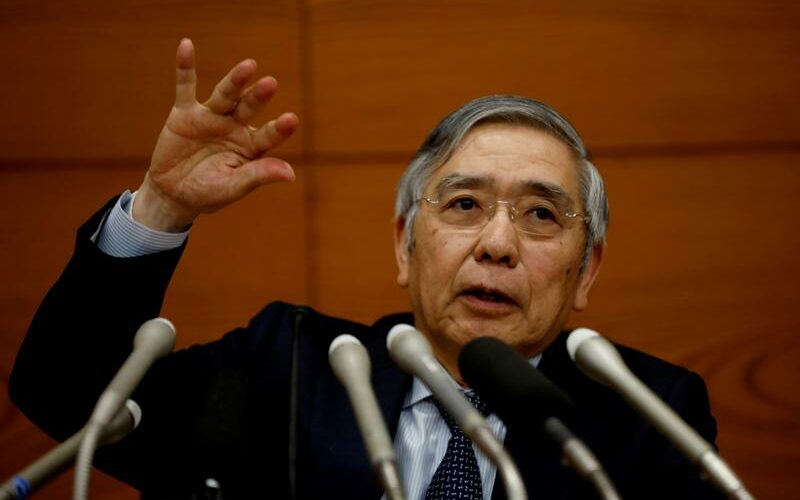 TOKYO (Reuters) -Bank of Japan Governor Haruhiko Kuroda on Thursday stressed the benefits of supporting private efforts to combat climate change and offered a cautiously optimistic view on the outlook for the world’s third-largest economy.

The BOJ surprised markets last week by unveiling a plan to boost funding for fighting climate change, joining a growing number of central banks stepping up efforts to address its economic and financial fallout.

“We believe that assisting private-sector measures to respond to climate change from a central bank’s perspective will help stabilise the economy in the long run,” Kuroda said in a speech to an annual meeting of credit unions.

On the economy, Kuroda said while consumption remains stagnant due to the hit from the COVID-19 pandemic, exports and output were “rising steadily” thanks to robust global demand.

“Japan’s economy remains in a severe state, but picking up as a trend,” Kuroda said.

“As the pandemic’s impact subsides, the economy is likely to recover,” he said, though warning that the outlook remains highly uncertain due to the fallout from the health crisis.

Japan’s economy shrank an annualised 3.9% in the first quarter and many analysts expect any rebound to be modest in April-June as state of emergency curbs to combat the pandemic cool consumption.