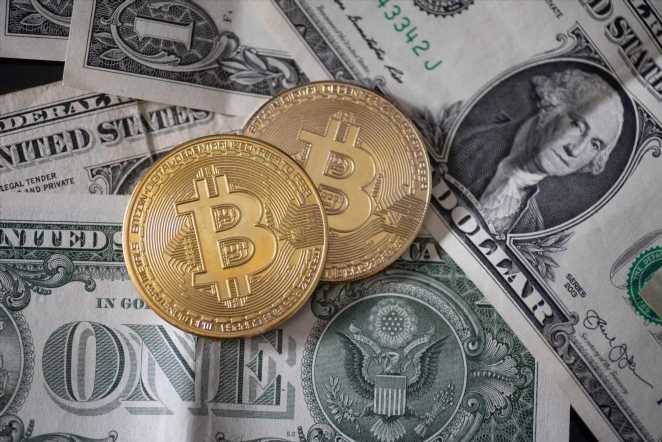 Jake Klein said bitcoin still has a "long way to go" before it demonstrates the kind of "longevity and security" that gold has proven to offer investors over the last 70 years.

"I think that the volatility in the crypto space is going to ultimately lead to people coming back to gold," Klein said.

Major analysts are talking about Coinbase’s second-quarter earnings. Here’s what they said

Still, Klein said the two can coexist — there are opportunities for gold to "sit alongside" bitcoin, as opposed to bitcoin posing a threat to the precious metal.

Bullish investors view bitcoin as digital gold and a hedge against inflation, expecting the cryptocurrency to appreciate over time.

American investor Tyler Winklevoss, who founded Winklevoss Capital Management as well as Gemini cryptocurrency exchange, said last year that "bitcoin is gold 2.0" — and that it will disrupt gold.

However, there are also other investors who disagree.

Hedge fund manager Ray Dalio, despite owning an undisclosed amount of bitcoin, said earlier this month: "If you put a gun to my head, and you said, I can only have one, I would choose gold."

Bitcoin topped $48,000 over the weekend – the highest level since May. As of Thursday morning during Asia hours, however, it pared some gains to last trade above $44,000, according to CoinDesk data.

The weekend spike followed a sell-off in June and July, when bitcoin fell below $30,000.

Gold prices have also been swinging between gains and losses this year. From levels above $1,900 in January, prices fell to above $1,700 in March.

In June, the precious metal spiked to nearly $1,900 again, before paring gains to trade above $1,700 in August.

— CNBC's Arjun Kharpal and Jade Scipioni contributed to this report.