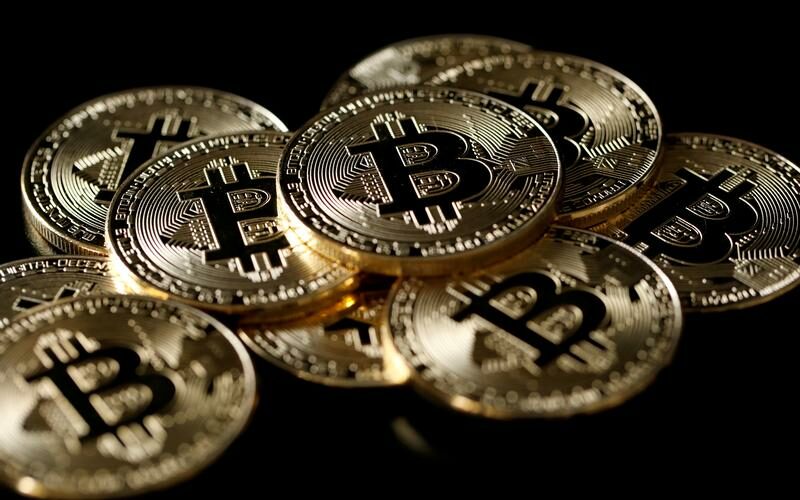 TOKYO/LONDON/NEW YORK (Reuters) – Bitcoin dropped on Monday, falling from a record high above $60,000 over the weekend, as investors digested a potential ban from India on cryptocurrencies.

The cryptocurrency had hit a record high of $61,781.83 on Saturday after U.S. President Joe Biden signed off on his $1.9 trillion fiscal stimulus and ordered an acceleration in vaccinations.

Because some investors tend to see bitcoin as a hedge against inflation, analysts believe the rise of bitcoin has been helped by the prospects of a steep economic recovery.

The bill was in line with India’s January government agenda that called for banning private virtual currencies such as bitcoin while building a framework for its own official digital currency.

“Renewed interest from the Indian government in banning cryptocurrencies led to the initial drop from the $60,000 range down to $56,000,” said John Wu, president of AVA Labs, an open-source platform for creating financial applications using blockchain technology.

In India, despite government threats of a ban, transaction volumes are swelling and 8 million investors now hold 100 billion rupees ($1.4 billion) in crypto-investments, according to industry estimates. No official data is available.

The world’s largest virtual currency hit $61,781.83 on Saturday, rising more than 40% since late February, as investors shrugged off concerns over sky-high valuations.

Despite Monday’s pullback, many investors believe the outlook for bitcoin’s price remains tilted to the upside.

Seth Melamed, the Tokyo-based chief operating officer of cryptocurrency exchange Liquid, said legislation of the sort India is proposing will not be an impediment to further gains for bitcoin.

Bitcoin has risen more than 90% this year, broadly outperforming traditional asset classes, fuelled by the embrace of cryptocurrencies by mainstream companies and large investors, including Tesla Inc and Bank of NY Mellon.

“The reason bitcoin’s continued rise is such a surprise to the traditional financial market is because they are looking at its fundamentals, while they should be looking at the market forces driving its adoption,” said Sergey Nazarov, co-founder of Chainlink, a decentralized network that provides data to smart contracts on the blockchain.

“Bitcoin is involved in the same market dynamic as all Fiat money, where market forces determine its value much more than any kind of clear fundamentals,” he added.

Bitcoin’s record on Saturday was hit in thin markets due to the weekend, with technical factors magnifying the move higher, said Justin d’Anethan, sales manager at digital asset company Diginex in Hong Kong.