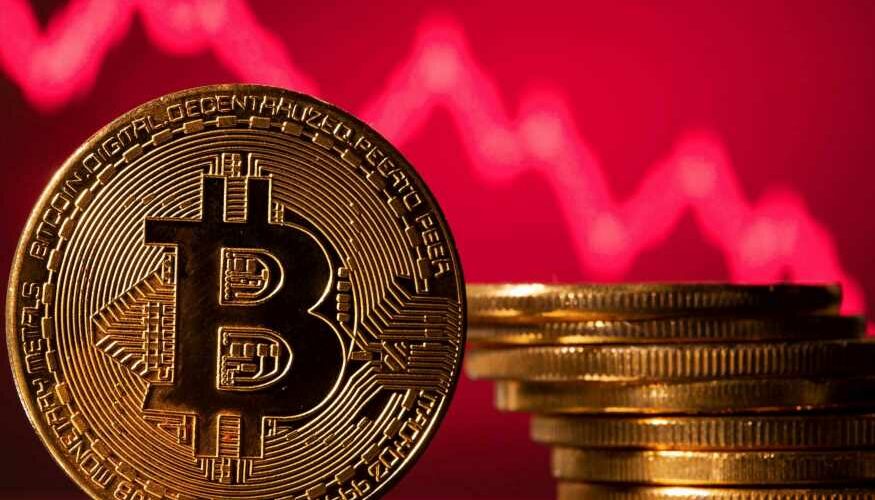 Bitcoin and other cryptocurrencies fell sharply on Tuesday retreating from near-record highs.

The impetus behind the price movement was not clear.

China's state planner, the National Development and Reform Commission (NDRC), said during a press conference Tuesday that it will continue to clean up virtual currency mining in the country.

Earlier this year, China cracked down on bitcoin mining leading to an exodus of miners. Mining is the energy-intensive process which both creates new coins and maintains a log of all transactions of existing digital tokens.

Beijing is concerned about the amount of energy being used by mining.

Mining "causes large energy consumption and carbon emission. It has no active impact to lead industry development or scientific progress," NDRC spokesperson Meng Wei said on Tuesday, according to a CNBC translation of her Mandarin comments.

Stocks that are inflation plays are moving closely with cryptocurrency, Trivariate Research found

As Coinbase struggles, you were better off just buying bitcoin, according to one analyst

Negative crypto-related comments from Chinese authorities have often led to a sell-off in digital coins, even if those comments are not overly new.

This is a breaking news story. Please check back for more.

16/11/2021 Markets Comments Off on Bitcoin drops nearly 7% toward $60,000 as major cryptocurrencies plunge
Markets