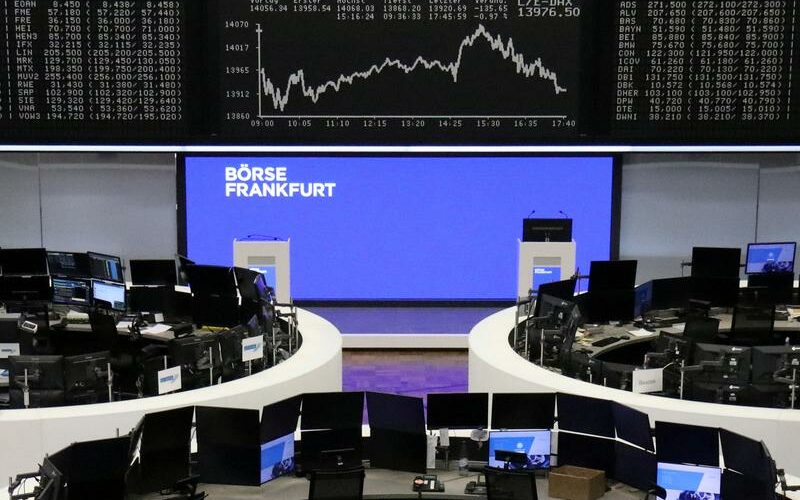 (Reuters) – Shares of banks and automakers lifted European shares on Monday as investors continued to move into economy-linked sectors on hopes of a solid economic rebound from the coronavirus downturn.

The pan-European STOXX 600 index gained 0.4%, with the banking sector rising 2% to hit a fresh one-year high.

Spain’s Banco de Sabadell jumped 5% to the top of the STOXX 600 index, while HSBC, Banco Santander and ING Groep rose more than 2%.

Automakers and insurers also gained more than 1%, while sectors considered bond-proxies like utilities and personal & household goods were a drag.

Asian markets and Wall Street futures were, however, weaker as the U.S. Senate passage of a $1.9 trillion stimulus bill and a jump in oil prices stoked concerns about inflation, lifting government bond yields in Europe and the United States.

“The reflationary trade is being more supportive of European stocks in general because they’re not as weighted towards growth and tech that the U.S. is,” said Neil Wilson, chief market analyst at Markets.com.

“You’ve got some progress on trade with between Europe and the U.S. and that’s good for some of the companies like Rolls Royce.”

Aero engines-maker Rolls-Royce rose 3% to top gains on UK’s blue-chip FTSE 100. The European Union and the United States agreed on Friday to suspend tariffs imposed on billions of dollars of imports in a 16-year-old dispute over aircraft subsidies.

Meanwhile, England’s schools reopened to all pupils on Monday, marking the first step back towards normality as COVID-19 infection rates fall.

Data also came in positive, with the Ifo economic institute saying the mood in the German manufacturing sector improved for the third month in a row in February.

German meal kit delivery company HelloFresh sank 5.7% to the bottom of STOXX 600 after BNP Paribas downgraded the stock to “underform”.

London Stock Exchange fell 5.4%, extending its slide from Friday when it forecast higher costs for integrating data and analytics company Refinitiv, which it acquired in January for $27 billion.