The Trump administration plans to delay its decision on automobile tariffs for up six months, multiple news outlets reported Wednesday, citing anonymous sources. The administration had been expected whether to decide by Saturday whether to implement tariffs as high as 25% on imported cars and auto parts.

Shares ofFord andGeneral Motors gained as much as 1.6% and 1.4% in midday trading. Shares of Mercedes-Benz’s parent,Daimler, went positive on the session, and those of the electric-car makerTesla climbed off session lows but remained in negative territory.

Wednesday’s reports come at a tense moment for US-China relations as the trade war between world’s two-biggest economies escalated this week.

Last Friday, President Donald Trump saidthe US would raise tariffs on $200 billion worth of Chinese goods to 25% from 10%. In a retaliatory measure, China on Monday said it would hike tariffs$60 billion worth of US goods.

Wednesday’s news appears to merely delay, though not resolve, the issues between the US and its international trade partners, Morgan Stanley strategists said in note sent out to clients on Wednesday. They believe the tariffs are likely to come later this year.

“If this holds, we would characterize this as a modest positive,” Michael Zezas and Meredith Pickett said, adding the delay would “somewhat reduce” the odds of tariffs going into effect with either side possibly moderating their positions.

“However, the core impasse driving the tariff tension, whether or not to include agricultural issues in negotiations, remains between the EU and US,” they said. 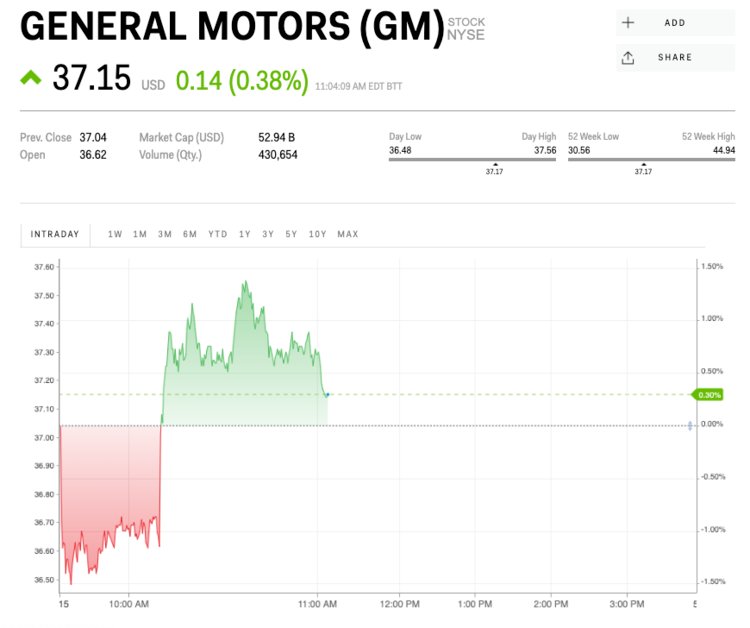