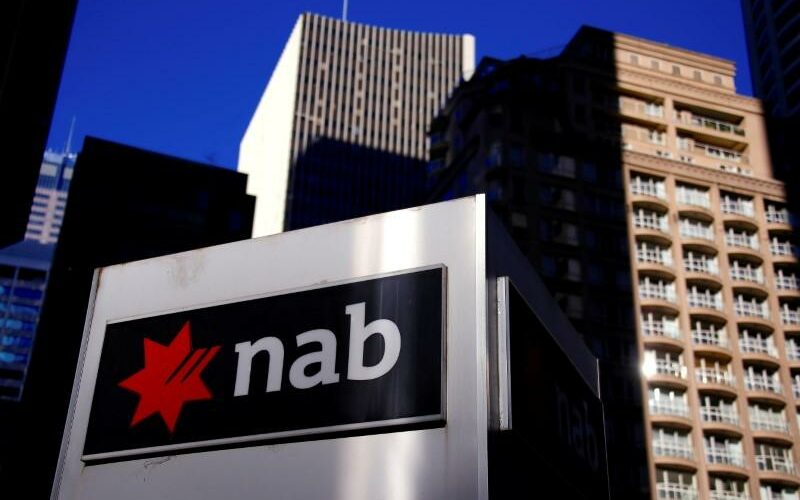 SYDNEY (Reuters) – National Australia Bank Ltd, the third-biggest lender in the country, on Thursday posted a 10% jump in a key third-quarter profit measure and predicted a strong rebound for the Australian economy once ongoing coronavirus lockdowns are eased.

NAB’s cash profit, adjusted for non-cash and one-off items, jumped to A$1.7 billion ($1.25 billion) in the quarter ended June as the lender moved funds previously set aside for potential COVID-19 losses back into cash accounts.

Like peers such as Commonwealth Bank, NAB bounced back quickly from the pandemic as record low interest rates and government spending boosted confidence and the housing market, rendering billions set aside in bad loan provisions unnecessary.

But banks now face uncertainty again with fresh outbreaks of the Delta variant of COVID-19 triggering lockdowns across the country and fuelling concern that the world’s 13th-biggest economy could slip back into recession.

NAB Chief Executive Ross McEwan on Thursday acknowledged the uncertainties, but said he remained optimistic about the long-term outlook for Australia and New Zealand.

“The strong economic growth leading into this period, ongoing government support and customers’ relatively healthy starting positions give us confidence that once restrictions are eased, the economy will again bounce back,” McEwan said.

That optimistic tone echoes the upbeat outlook issued on Wednesday by Commonwealth Bank, NBA’s largest peer, which said it expects a quick dip in economic activity this year but strong growth in 2022.

As of July 31, NAB’s deferred loan balances associated with lockdowns that started across major cities in the country earlier that month were less than A$1 billion, it said.

The Melbourne-based lender, which agreed to buy Citigroup Inc’s local consumer unit this week, said it wrote back credit impairment of A$112 million in the quarter, compared with bad debt charges of A$570 million last year.

It had sold a A$1.5 billion portfolio of aviation loans to “de-risk” its portfolio, it said.

That was expected to come down by 85 basis points after a A$2.5 billion share buy-back announced last month, and the purchase of Citi’s Australian consumer unit.