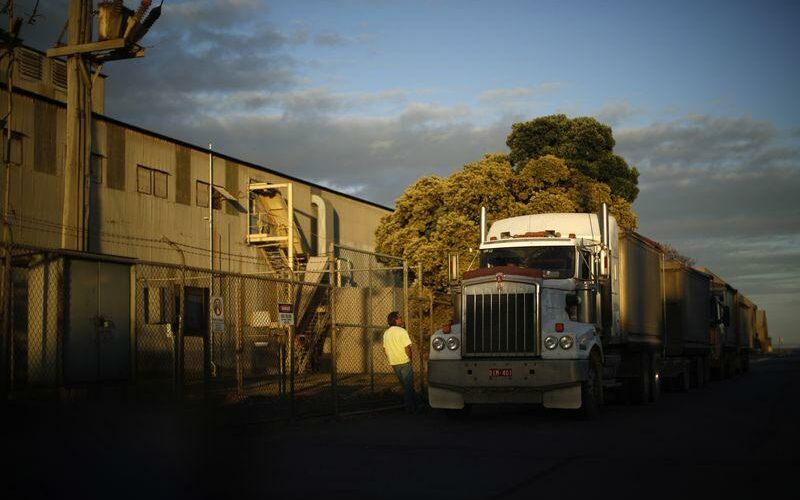 MELBOURNE (Reuters) – Incitec Pivot, Australia’s top fertiliser maker, on Monday said it would spin off its explosives manufacturing business, as the company posted a more than 10-fold jump in half-year profit on soaring fertiliser prices.

FILE PHOTO: A truck driver waits to load his vehicle outside the Incitec Pivot fertilizer and explosive chemical plant in Geelong,February 26, 2014. REUTERS/Jason Reed

Incitec said it would separately list Dyno Nobel, which it acquired in 2008 for nearly A$3 billion ($2.1 billion), as it aims to speed up growth in the explosives and fertiliser businesses which stand to benefit from the transition to renewable energy and food supply challenges.

“We believe that creating two separate market-leading companies that are well-capitalised, with strong technology, clear strategies for growth and a commitment to decarbonisation will unlock significant value for shareholders,” Chief Executive Officer Jeanne Johns said.

Incitec’s shares fell 4% after analysts raised concern over whether the fertiliser business would be able to withstand volatility in the farm industry without the stable earnings from explosives.

“The result missed consensus and there are potentially mixed views on the demerger, and (the company’s) facing increased costs,” Morgans analyst Belinda Moore said, citing a mix of reasons for the share price fall.

Since then, Johns said Incitec had invested in both sides of the business to make them more resilient, working on new products and improving manufacturing reliability. The balance sheet was now in “superb shape”, allowing them both to stand alone, she added.

The overlap of the two businesses, which depended on ammonia manufacturing, had diminished over time, so separating them now made sense, she said.

The company reported a record profit of A$384.1 million for the half year ended March 31, up from A$36.4 million a year earlier, after capturing high prices for fertilisers while managing soaring gas input prices.

Jefferies analysts said the result was 12% lower than they had expected.

Global fertiliser prices have rocketed due to supply disruptions since late February, when the war in Ukraine spurred sanctions against Russia, a major producer of fertiliser inputs.